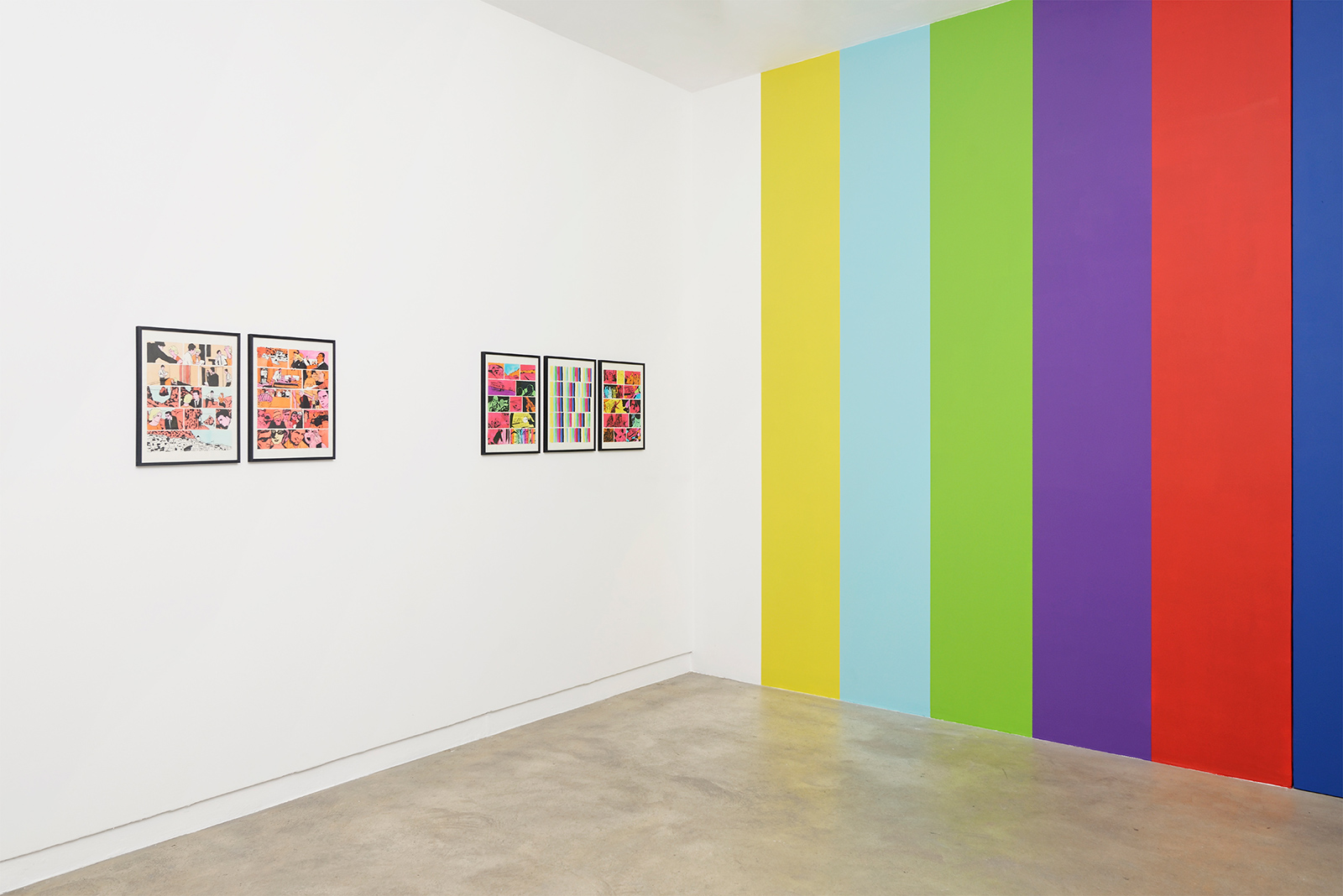 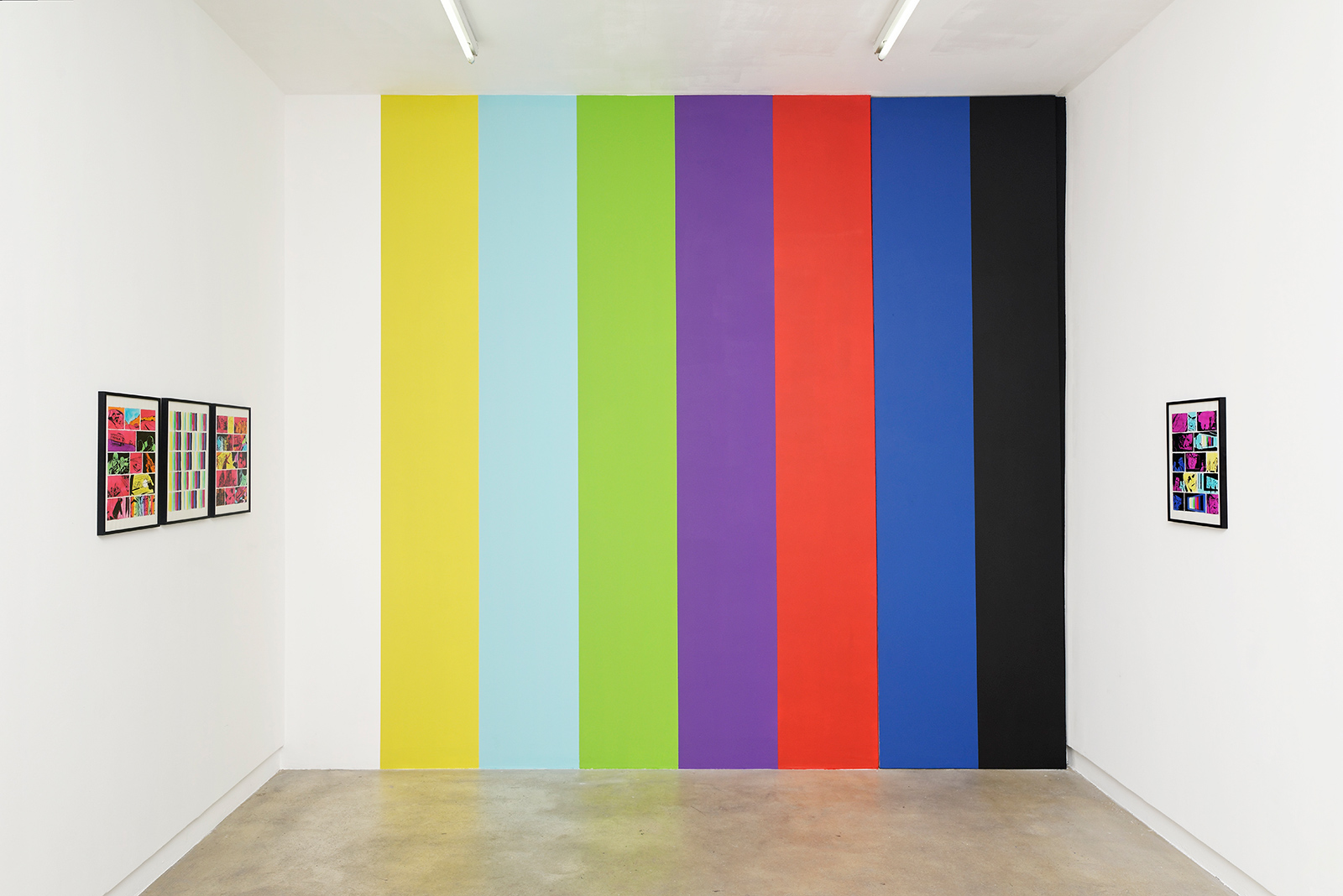 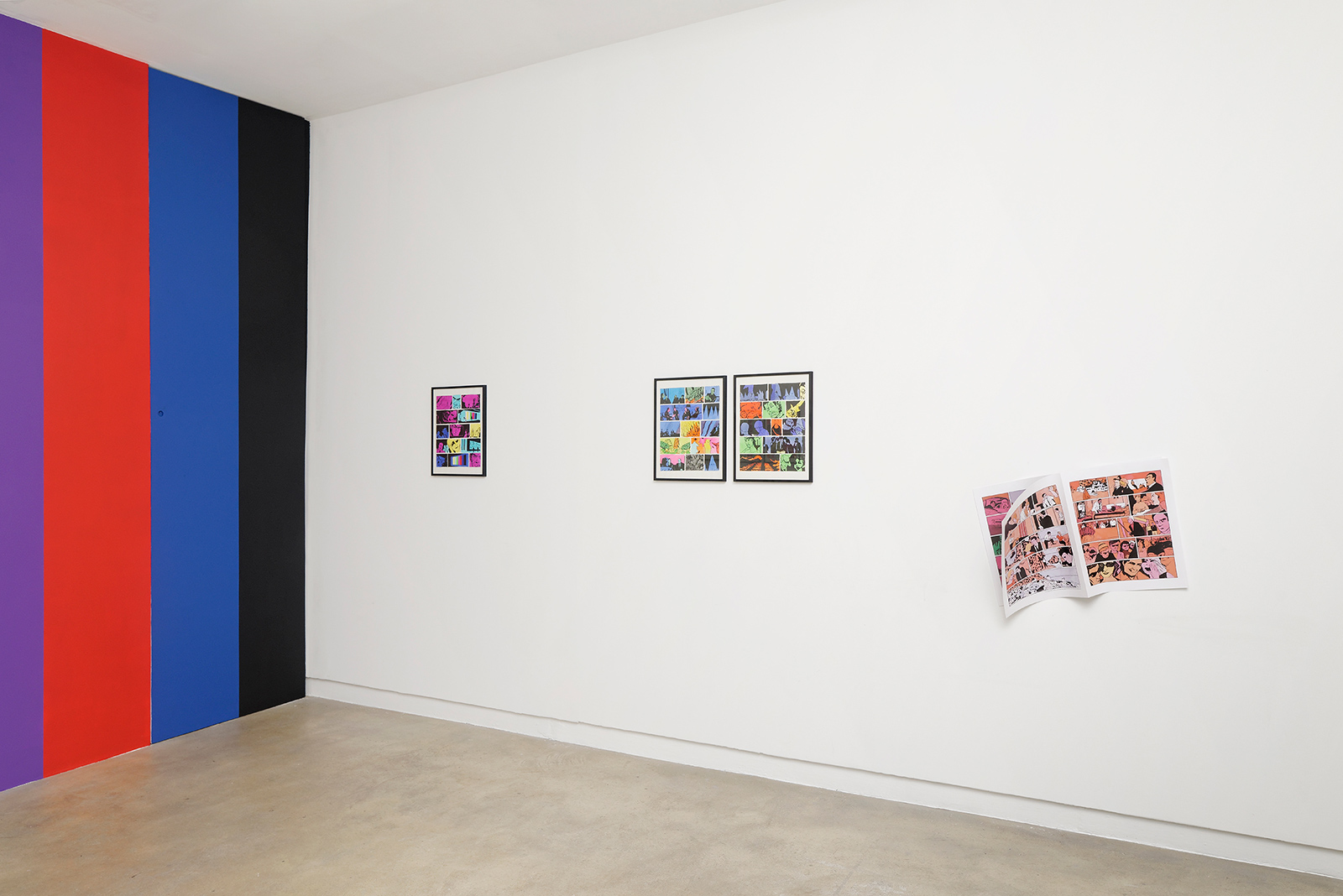 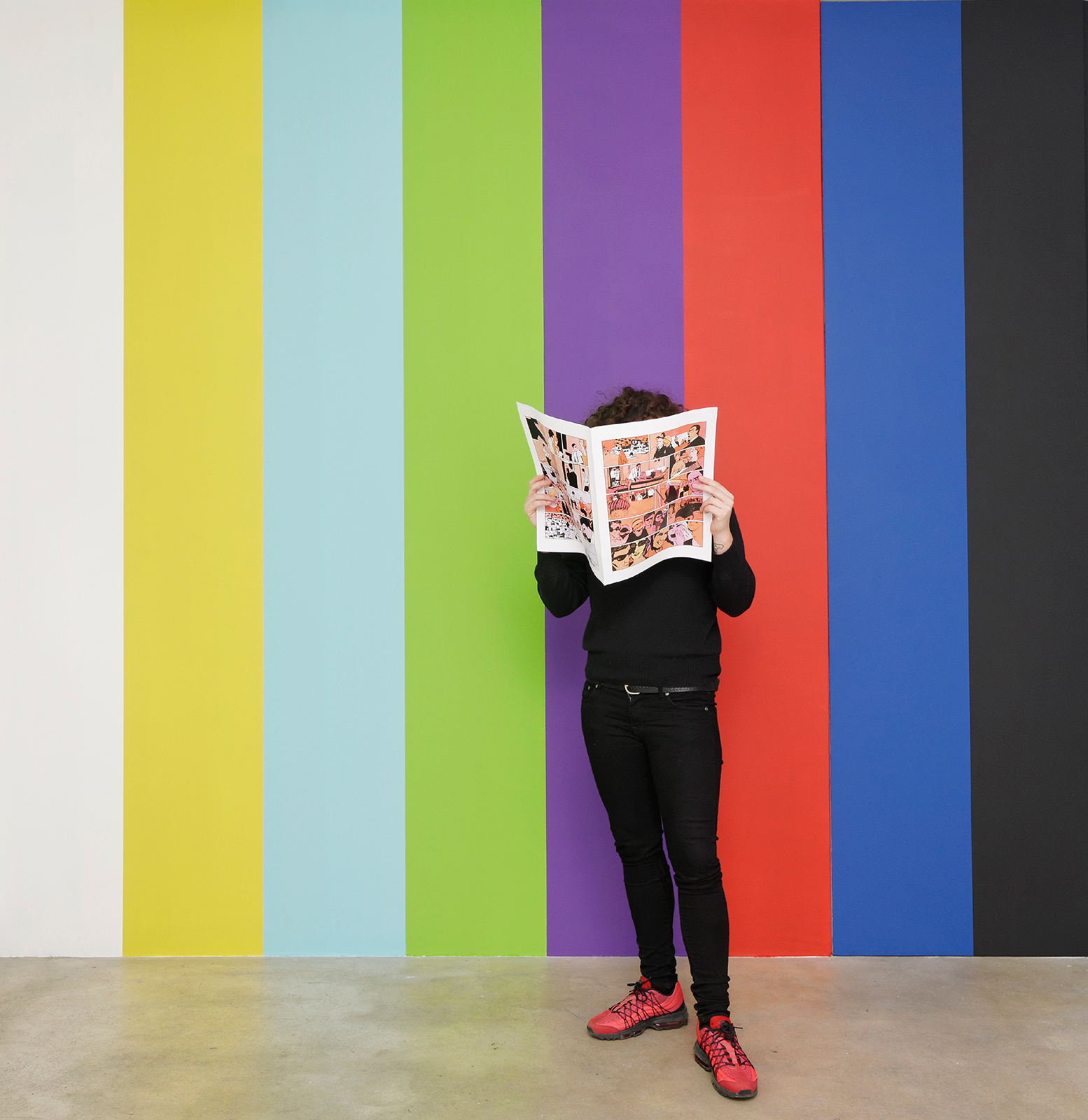 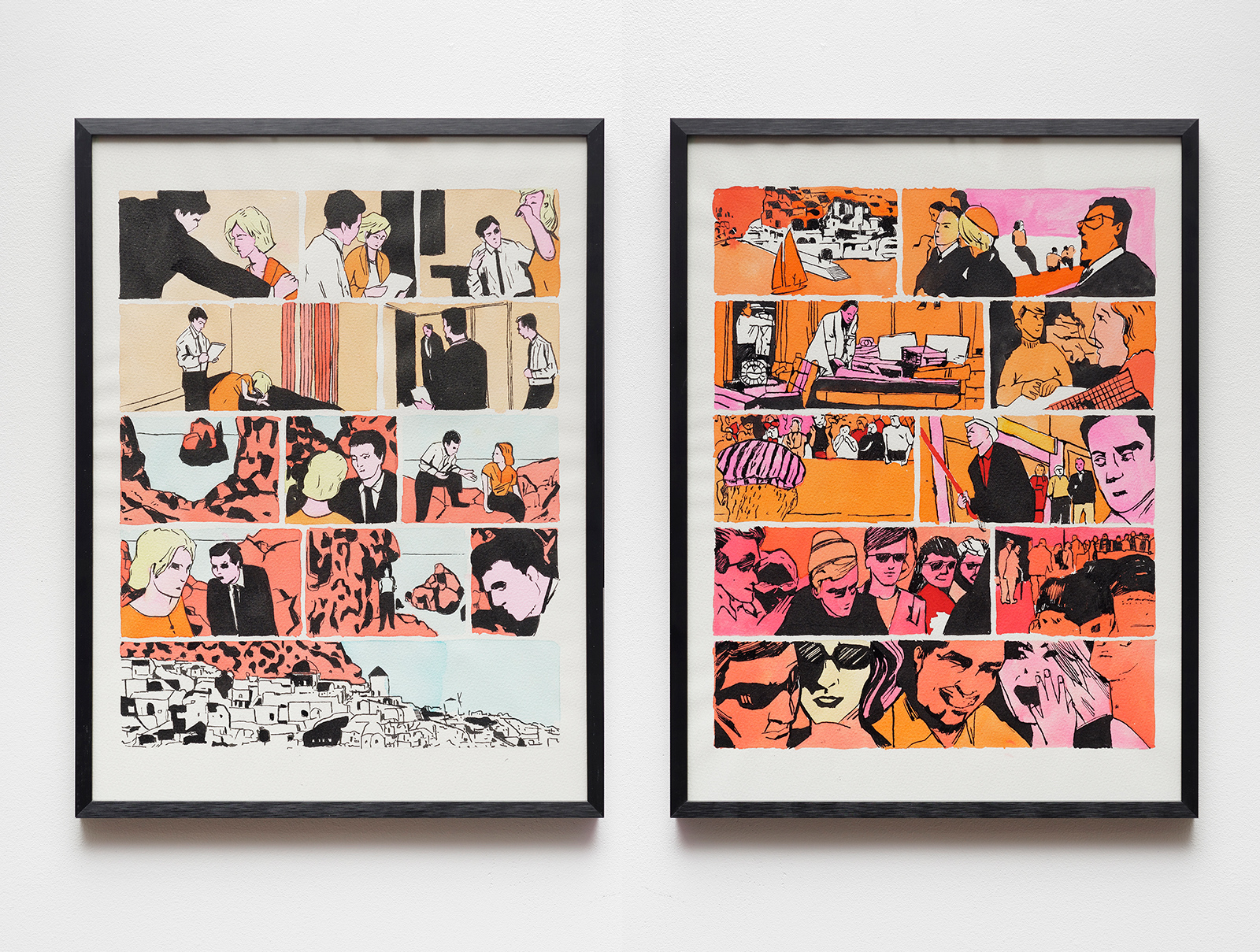 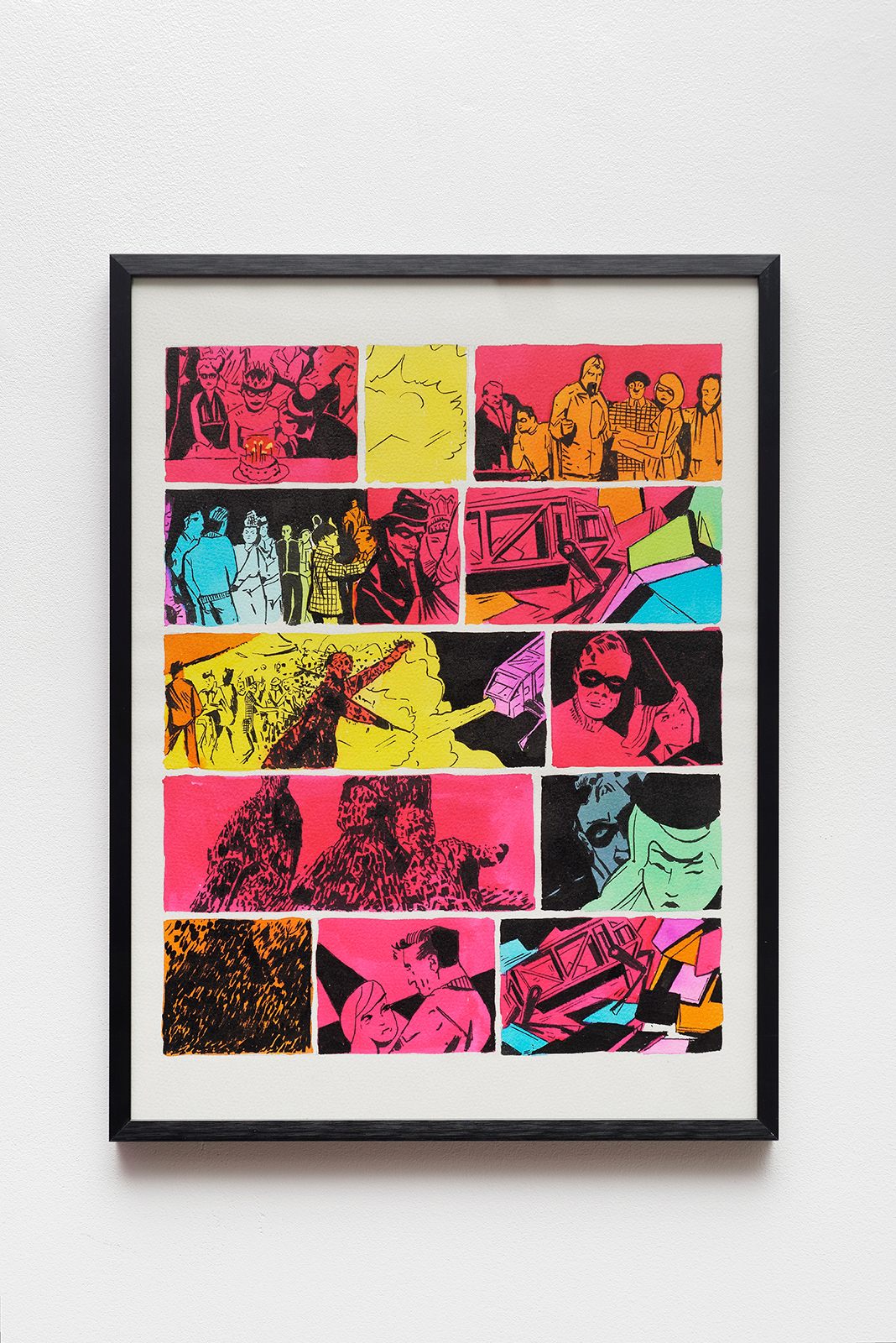 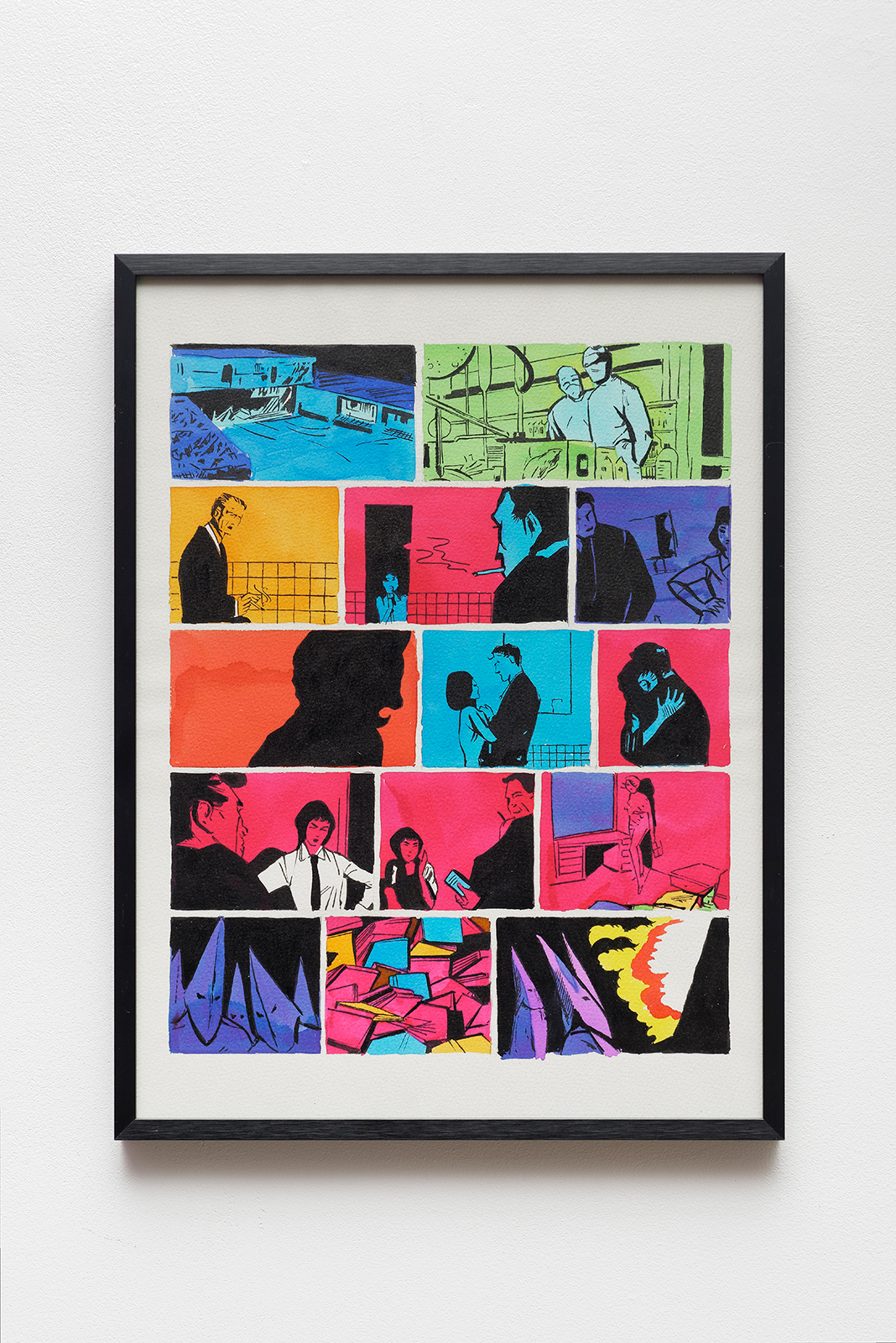 Francesc Ruiz’s new show at Florence Loewy Gallery is a renewed approach to some of the leading issues he has been developing in his most recent work: the use of comics as cultural material understood in all its facets within the context of contemporary art; the exploration of dissident sexualities through the hidden historiographies of drawing and comics; and the analysis of mass media and its current status as a place of thought where freedom of expression and censorship intermingle with the hegemonic perpetuation of a certain dominant subjectivity and its disintegration.

The starting point of the show is a series of images derived from the publication « Fahrenheit 451′s Comic » by Francesc Ruiz, published by Captures éditions and launched on the occasion of this exhibition. The publication is the reconstruction of a prop from the film directed by François Truffaut in 1966: a comic without text that the main character browses for a few seconds while lying in bed. The 8-page publication contains some original images of the comic from the movie itself and others taken from the still film images from the shooting and was completed after research on styles and authors of the period, mixing some material borrowed from James Bond comic strips (Truffaut’s film was shot in Pinewood Studios in London with the same production team as the James Bond movies) with new content that helps to understand the meaning of both the film and the novel, adding a new narrative perspective.

This publication is not only a largely subjective reconstruction of the comic that appears in the film, it is also an exercise in restoration and a reflection upon the status of comics as a mass media reviled in the Ray Bradbury dystopia.

Accompanying this comic reproduction, a wall painting showing a television screen links the space of the Florence Loewy Gallery, with its three main walls, to the idea of an enveloping wall of televisions as explored in « Fahrenheit 451″, a kind of premonitory interactive television in the age that preceded internet and the current trend for big flat-screen televisions. This image suggests the dissolution of broadcasting and at the same time shows its obsolescence which makes the image recognizable only to an older generation of cathodic ray consumers.

The exhibition as a whole takes us to different places to speak of technology, censorship, dystopic futurism, forgotten pasts and saturated presents. It also speaks of the materialisation of the virtual and the dematerialization of our bodies, in a hermeneutic movement that brings together a book, a movie and a contemporary art gallery devoted to artists’ publications.