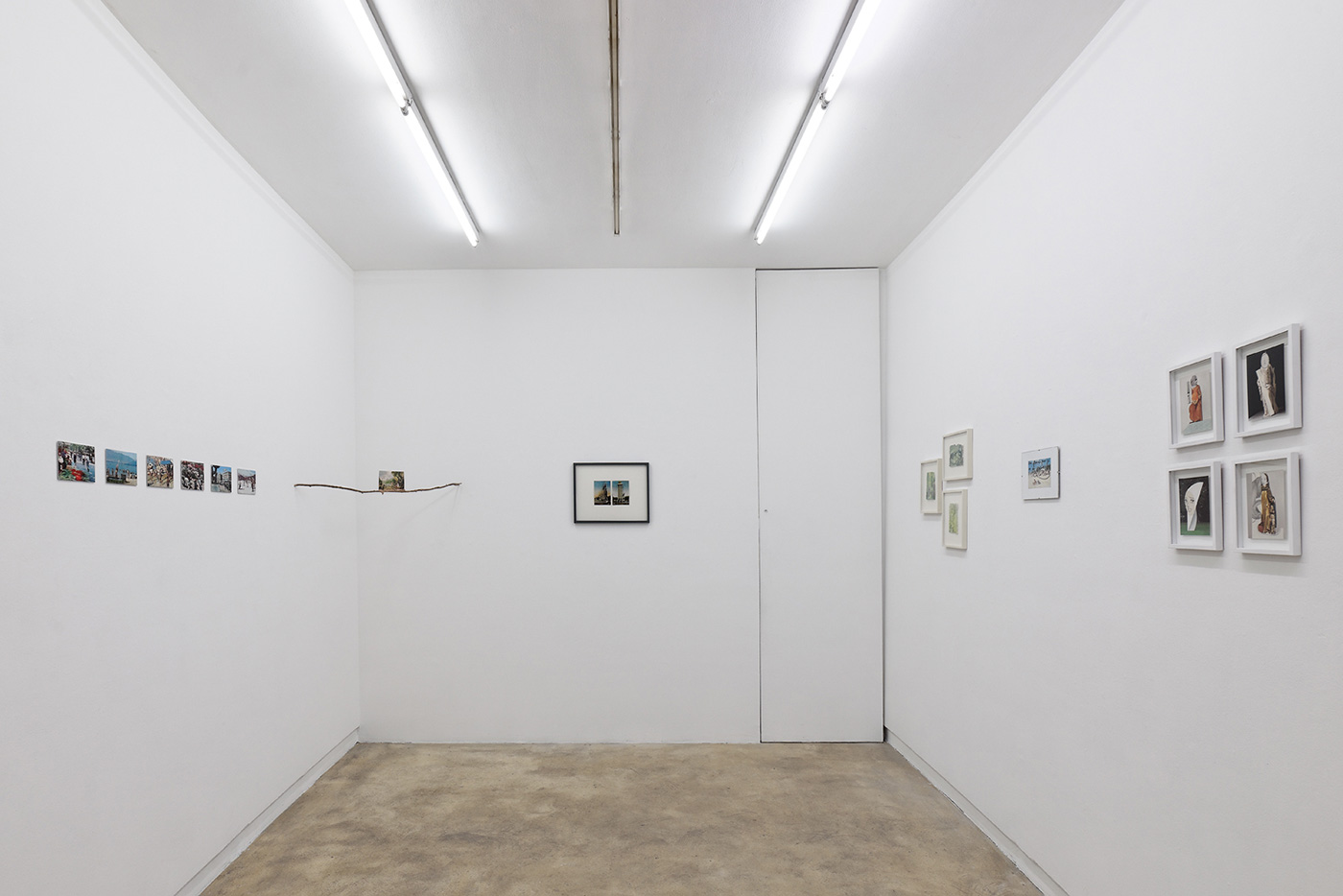 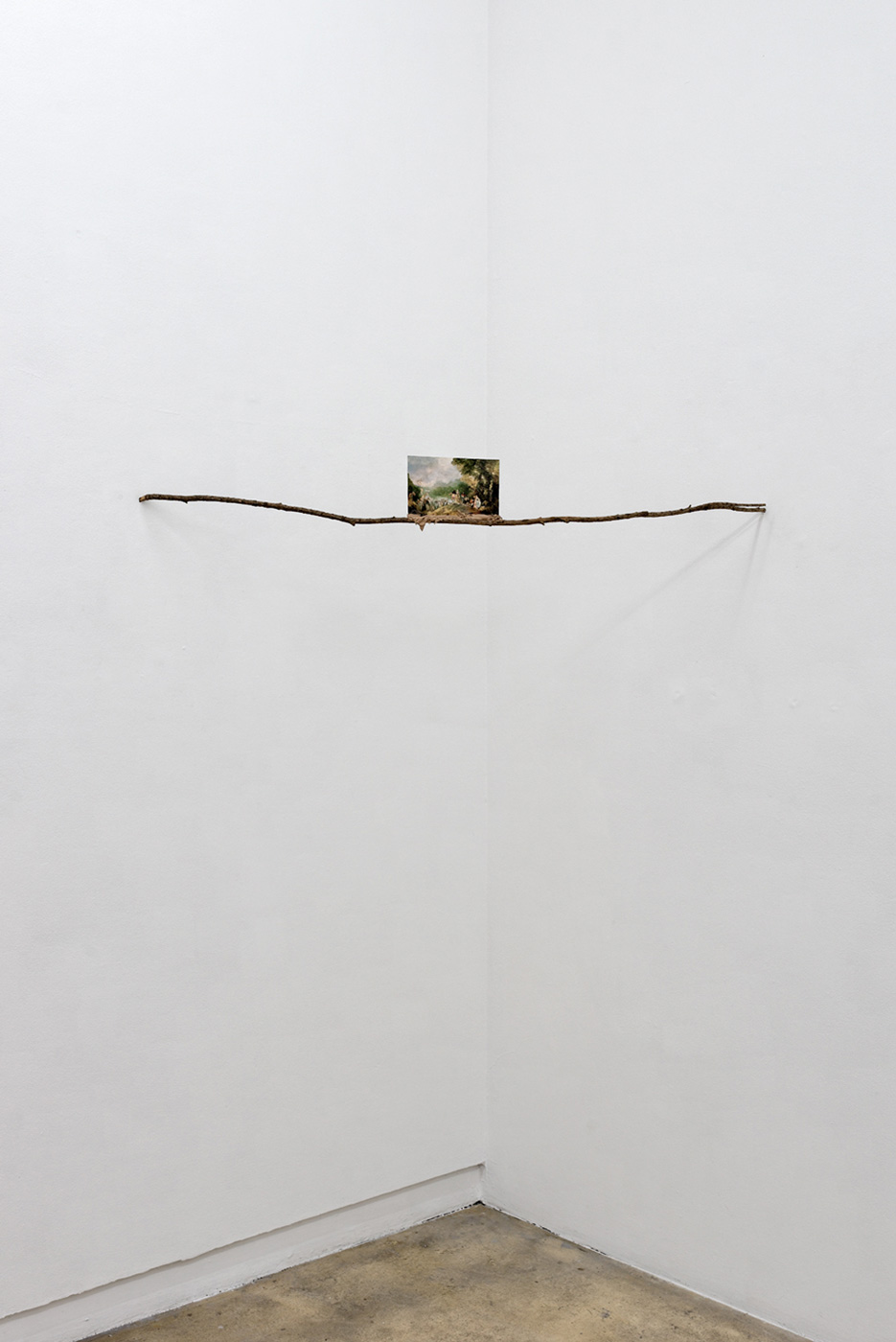 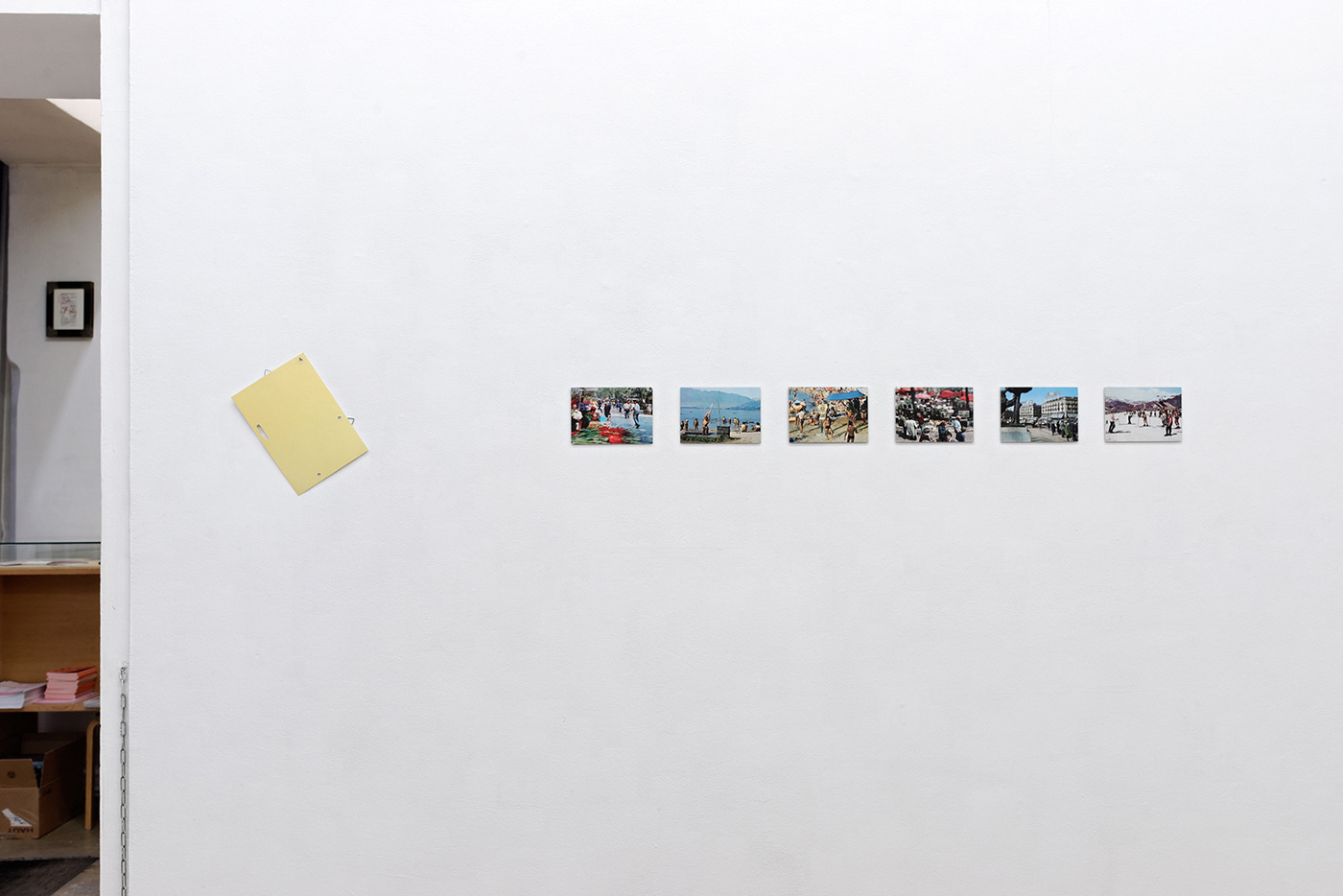 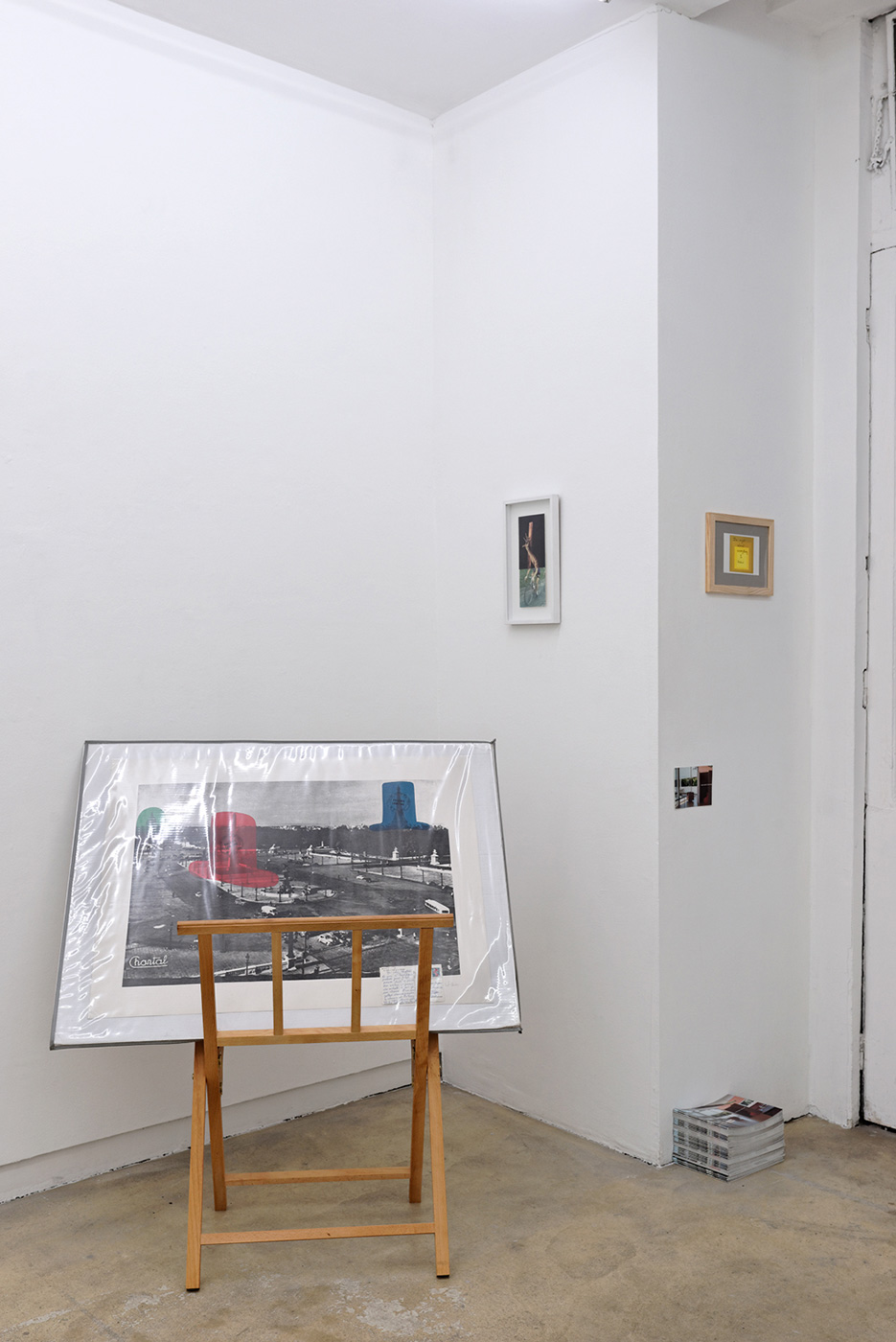 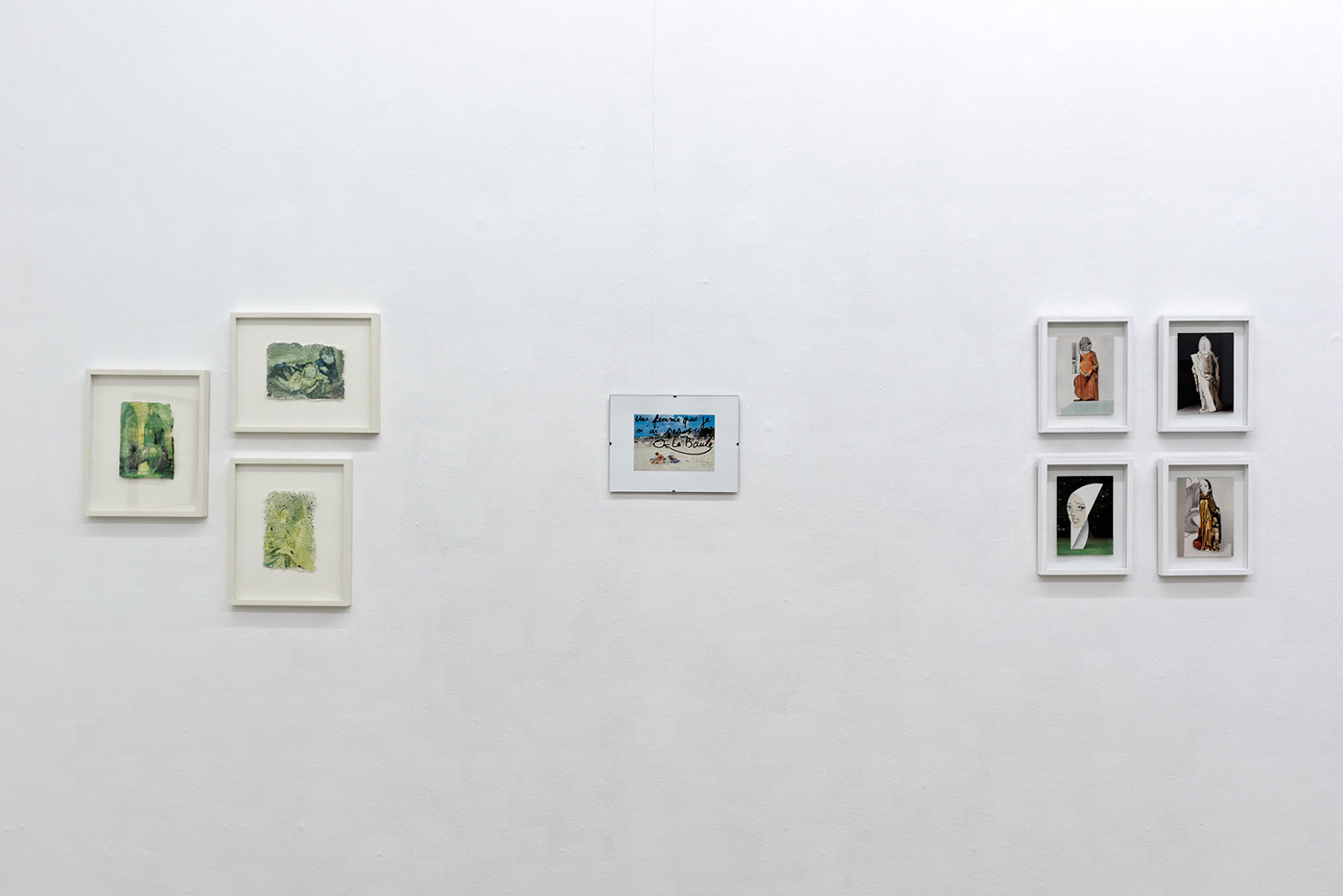 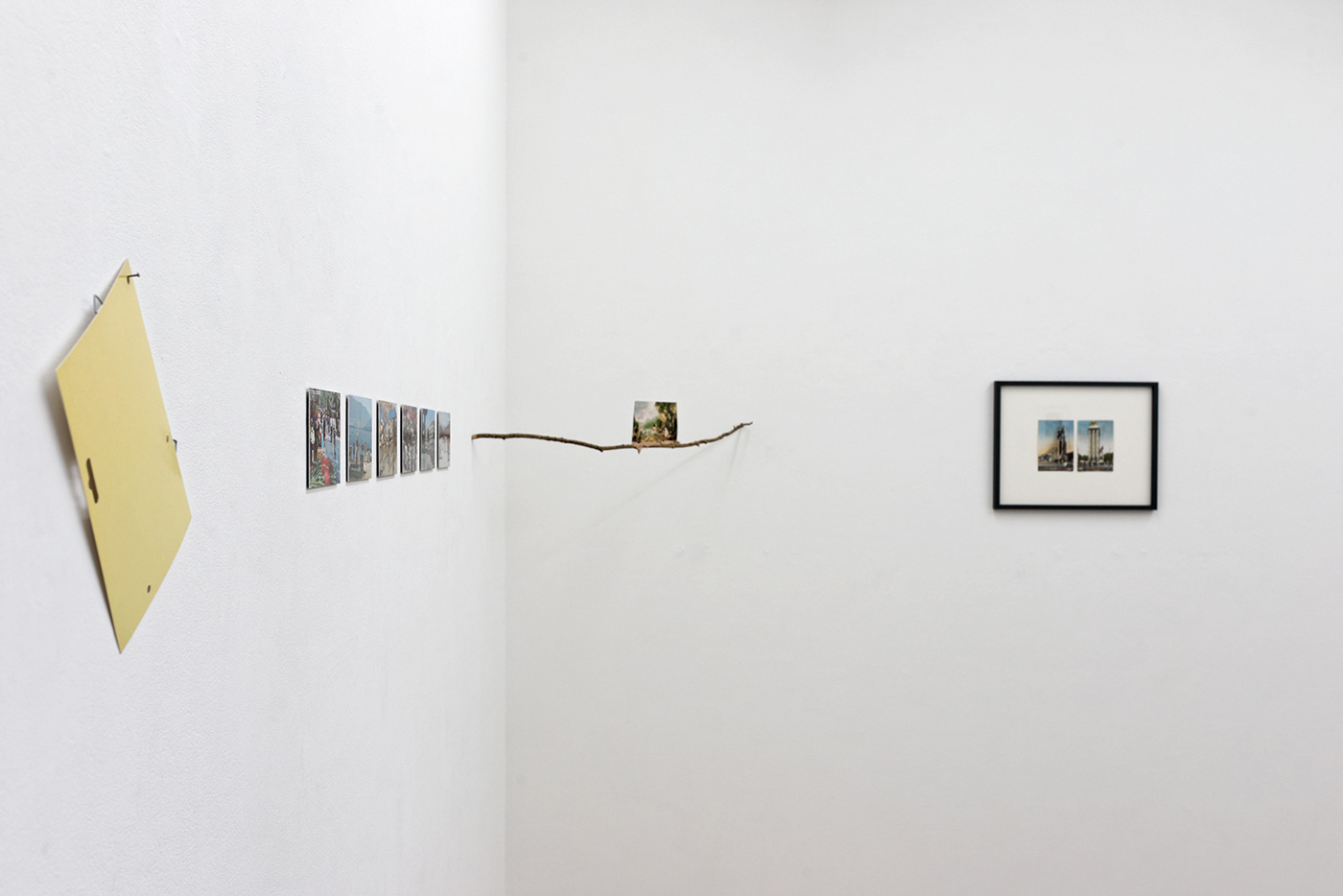 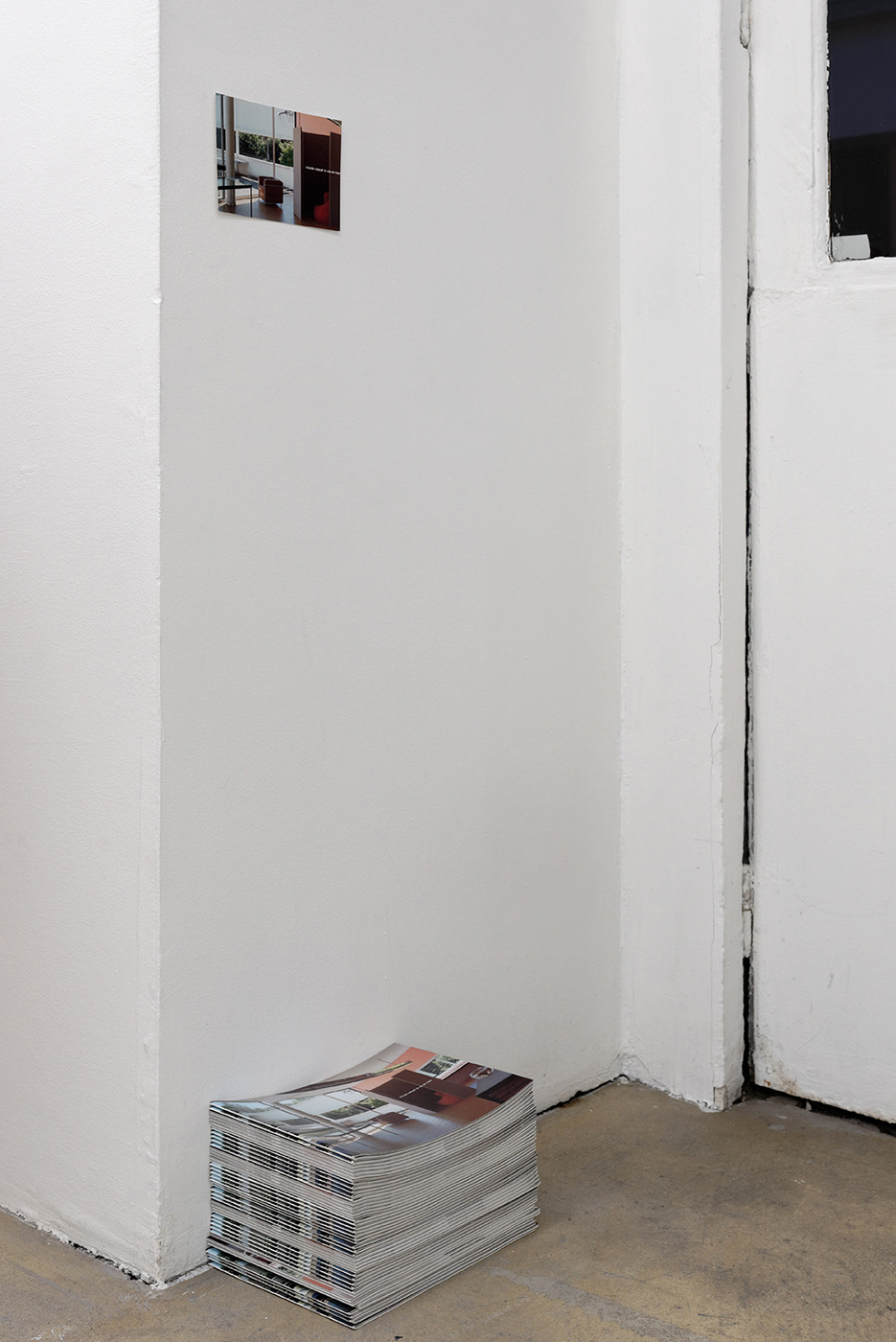 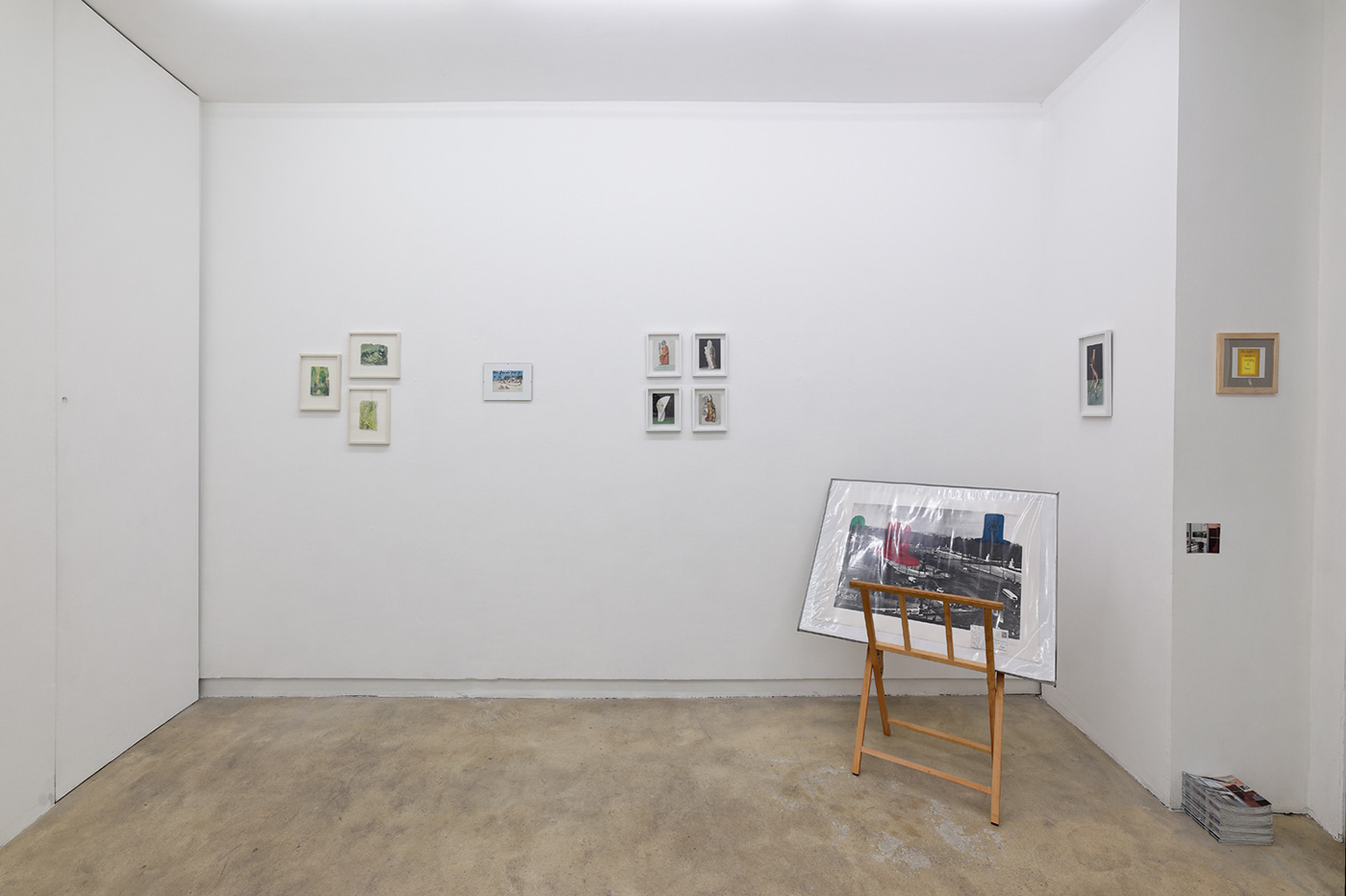 A 19th century invention, the postcard experienced a golden age in around the 1920s. It served at that time for making appointments or for exchanging no more than a few words, sometimes even from one street to the next. Soon supplanted by the telephone, the postcard outlived obsolescence by becoming the anodyne, mainly touristic mode of communication that we know today. Although there is a very diverse range of postcards, in this exhibition we find the archetypes of the genre: these include landscape, city, monument, and artwork postcards. Few postcards of portraits exist: the tightening of the frame applies to objects rather than to human beings. It is also because the postcard, unlike a letter, testifies to the fact “I am here”, accompanied by proof in the form of an image. The postcard has a delicate temporality: the writer knows that it will only be read at a later stage, and yet the postcard with its banal message, offered to the indiscreet gaze of the postal worker, often does not seek to say any more than this simple affirmation of being in a place. Given this context, it is not surprising that postcard imagery focuses on representing what might be understood as visual reference points. They show, or try to show, the best features of a place to present to the gaze. In this sense, postcards contain a promise: if you come here too, you will see what I’ve seen.

It is precisely this affirmation that Claude Closky calls into question when he puts a ring around the silhouette of a swimmer on a postcard representing the beach of La Baule and notes “I haven’t seen her”, underlining the impermanence lodged within permanence, the passage of time, and the disappearance of beings. Similarly, the close-ups of documentation céline duval with her macro lens trained on postcards, seeks to identify eyes turned towards the camera among the anonymous pedestrians. The artist captures the moment in which the model observes the image as it is being made, thus revealing the presence of the photographer and hence of an author and a subjectivity.

At the intersection between the intimate sphere of memory and political logics, the postcard presents an official image of the world, and it is often in this capacity that the artists tend to subvert it. Yann Sérandour associates a postcard from the Place de la Concorde with a screen-print reproduction by Robert Filliou produced from the same postcard. In response to Filliou’s humour, conjuring the monuments of Paris under his hat (Galerie Légitime, 1969), Yann Sérandour was able to find the original postcard, on which can be read a little note of moving simplicity, addressed to an unknown woman. Oriol Vilanova addresses the political dimension of postcards: in a diptych, he juxtaposes two postcards of the Russian and German pavilions at the 1937 World Fair. That year, these two fascist and reactionary structures had shared the prize for the best pavilion ex aequo.

For the artists, the postcard is both an object that was given to them and something that they have taken. The annotations in pen by Charlie Jeffery on the surface of the image enable a fragment of thought to coexist with the works of his predecessors (Carl André and Josef Albers), raising doubts regarding the connection that might link one to the other. Florian Bézu appropriates postcards by integrating them into a broader process of corrupted surfaces, which he strips back to abstraction. By treating postcards with bleach, he brings out the materials that underpin the image and integrates them into a new and more random composition. For Mimosa Echard, Watteau’s The Embarkation for Cythera is prolonged by a box tree branch, like a natural extension of the image through sculpture. Richard Fauguet also subverts reproductions of artworks by associating them with details from Japanese manga, playing on the effect of surprise that this kind of cultural hybridisation can elicit.

Finally, Elsa Werth’s card, with its own 6-pointed system of hanging, plays on the notions of perpendicularity and horizon. But there is no representation of the world here – this monochrome object presents a neutral coloured surface. All of these works portray a light-hearted and fragile version of the pictorial genre, exploring the notions of anonymity, value, and uniqueness by way of the postcard.