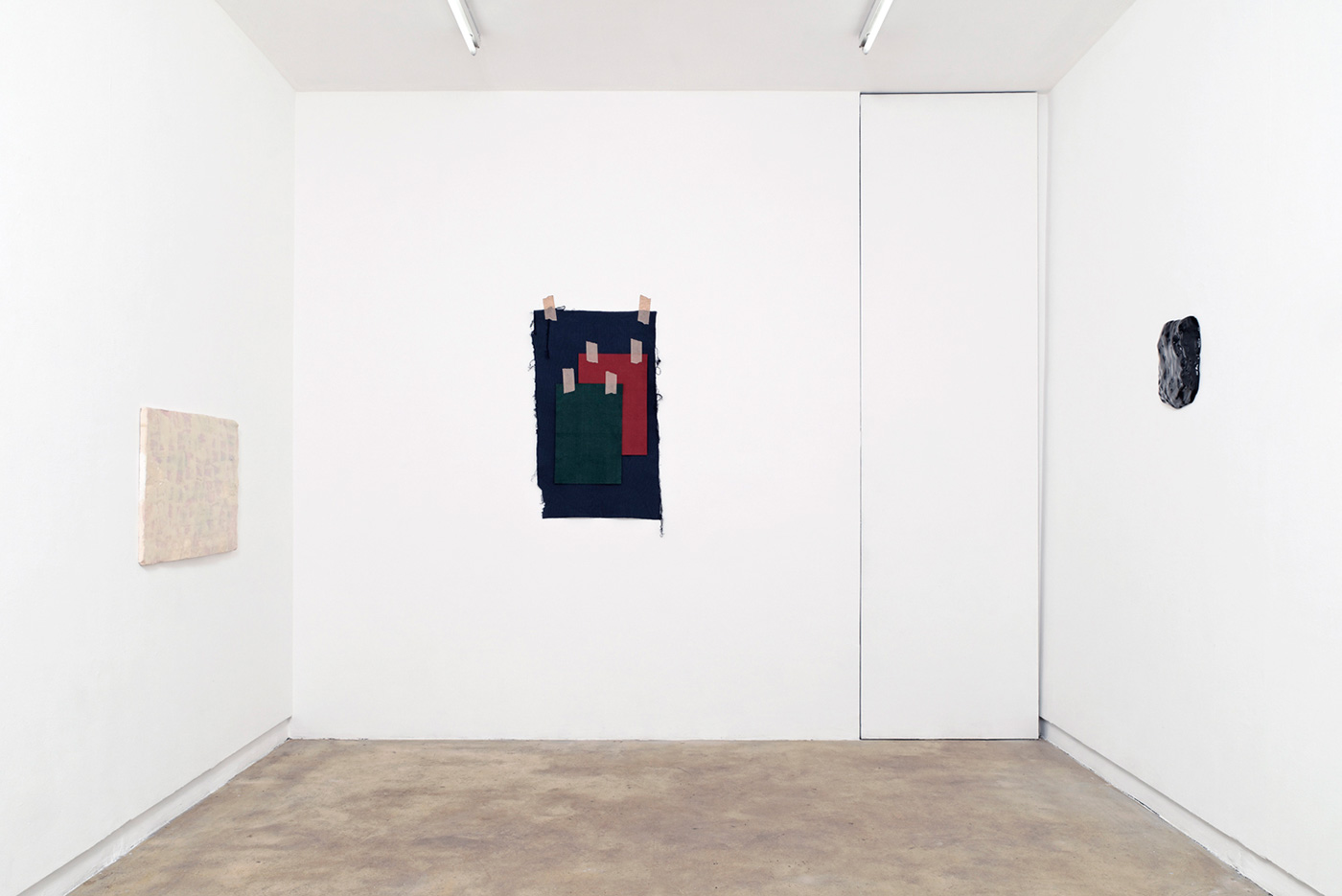 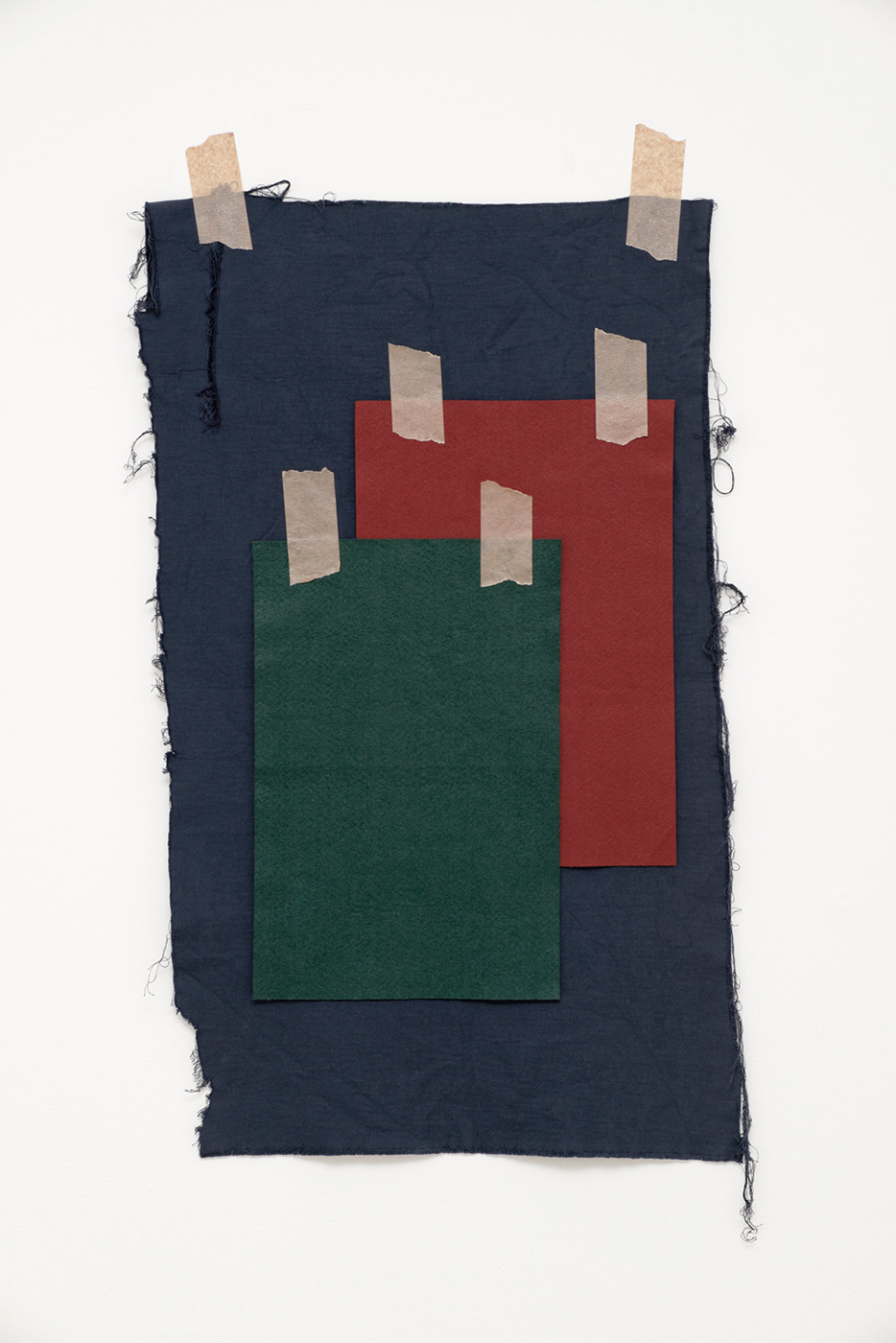 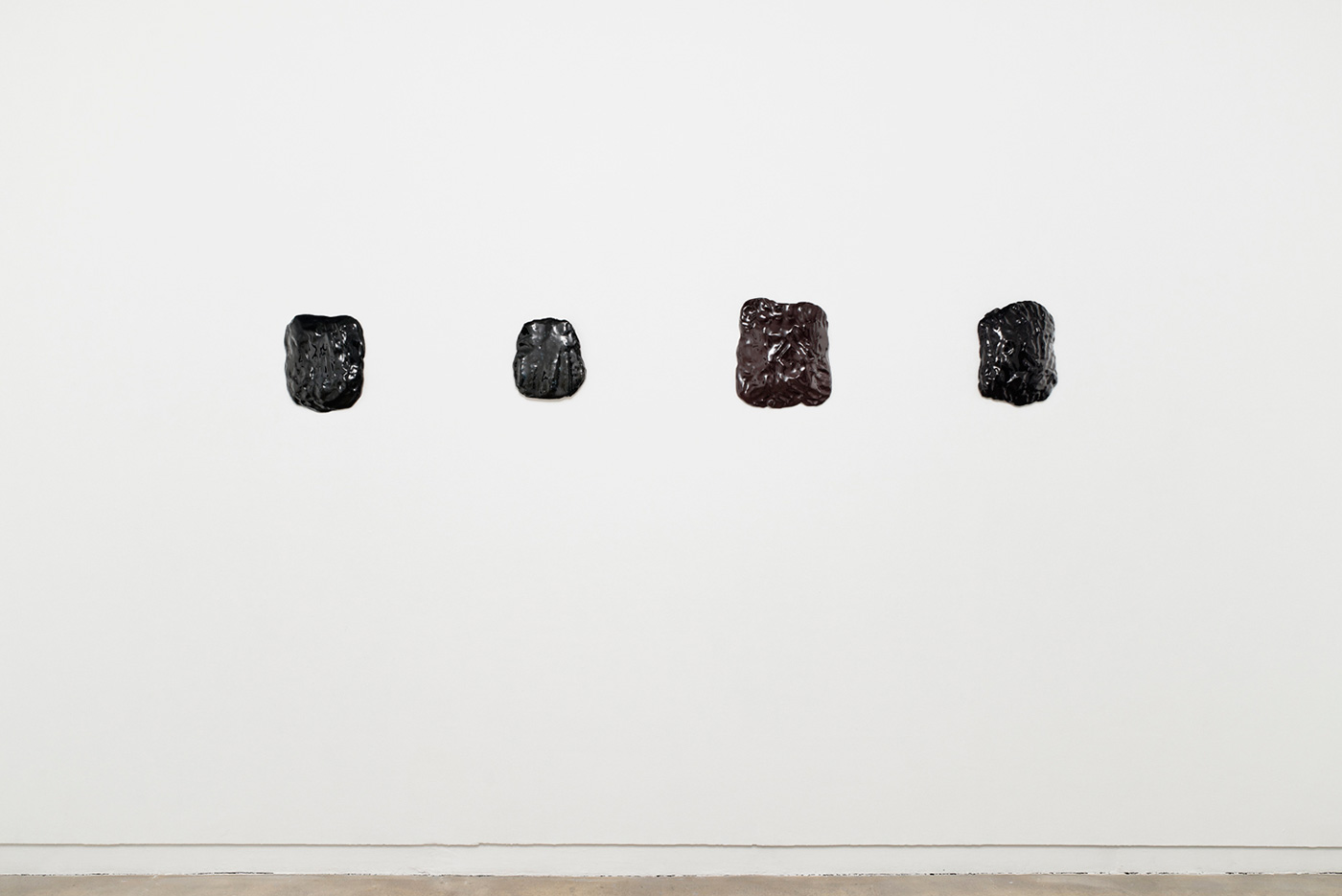 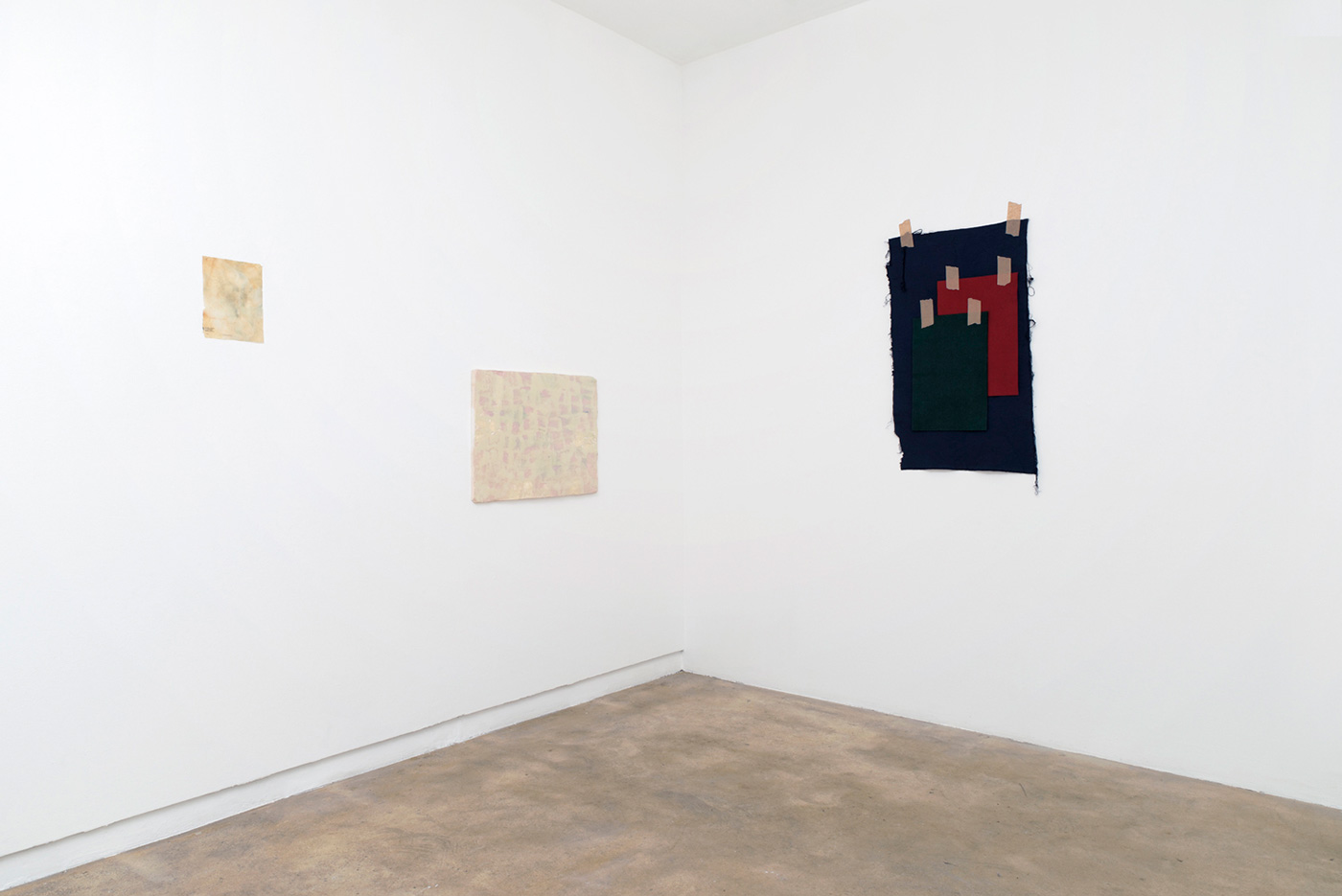 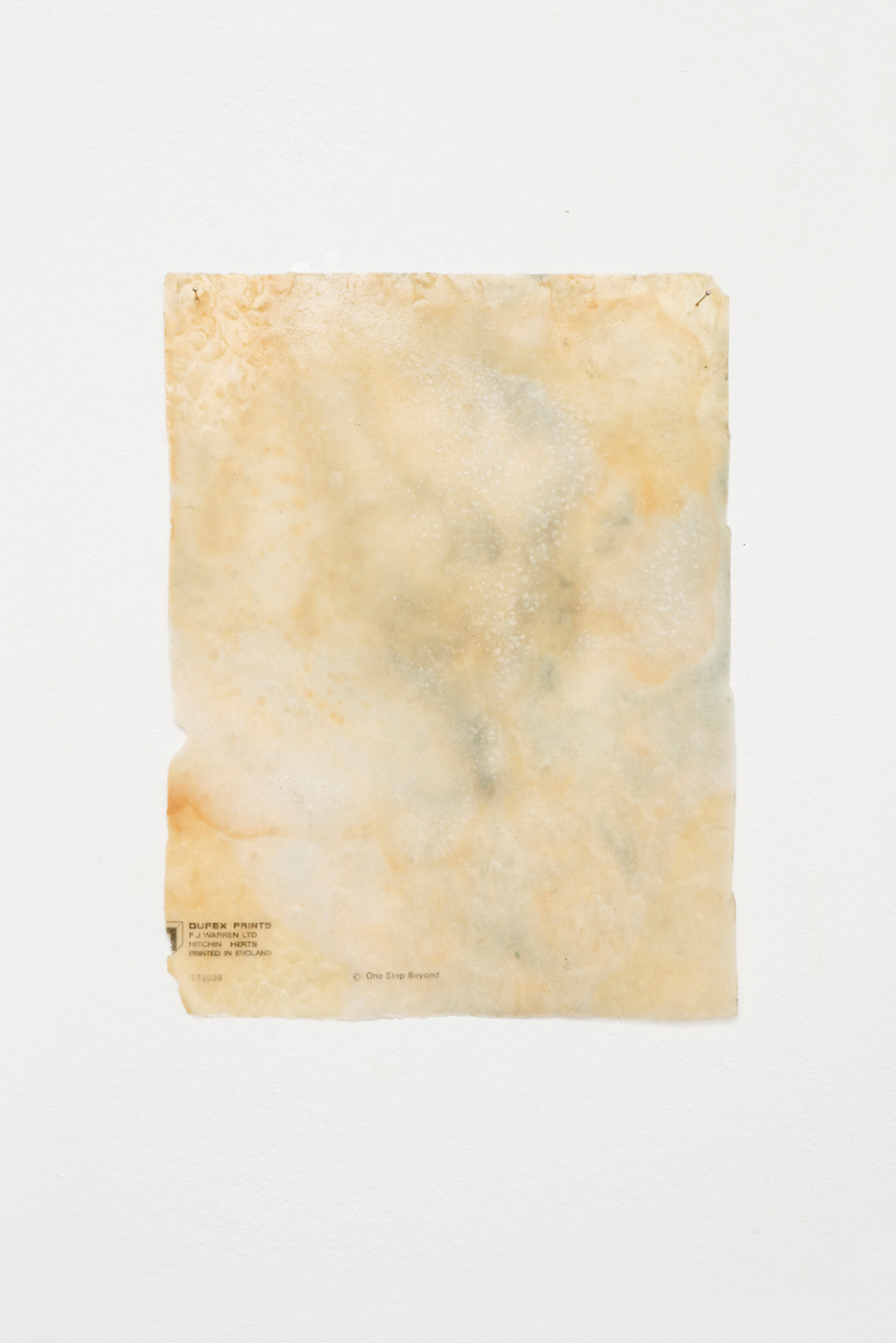 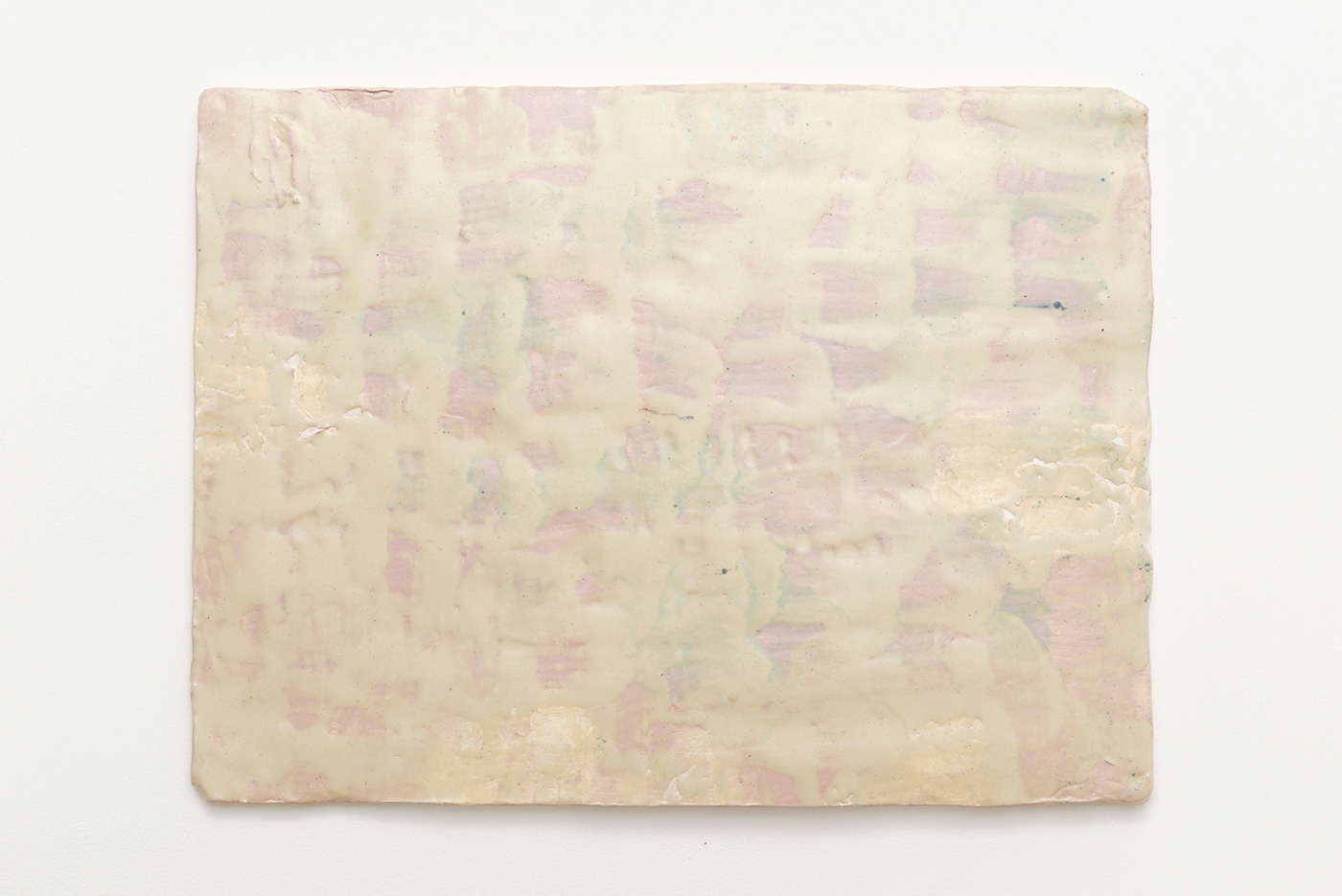 I have no idea what effect the works of Florian Bézu may have on their spectators. By diving into the iridescence of his ceramics, in the minuscule details of the chemical alterations to which the objects have been subjected, printed things, or photographs, everyone can form their own taste. But I don’t think the artist is worried about that: he is not looking any more to seduce his public than to drive it away, and even less to offer education in aesthetic judgment.

In the introduction to Going Public, Boris Groys writes that “the politics of art has to do less with its impact on the spectator than with the decisions that lead to its emergence in the first place. This means that contemporary art should be analyzed not in terms of aesthetics, but rather in terms of poetics. Not from the perspective of the art consumer, but from that of the art producer”[1]. The poetic, in the works of Florian Bézu is greatly coherent. It is established in a system of formal and symbolic tensions, which are always repeated from the scale of each piece, to that of the exhibition. Heaviness and lightness, brutalism and preciousness, celebration and melancholy, gluttony and toxicity, opacity and transparency, empathy and sadism, verticality and horizontality, seriousness and childishness, beauty and disgust, rocaille and canaille are systematically opposed (the list could go on).

His new series of wall-mounted ceramics perfectly exemplifies this passion for antitheses: at the same time sculptural and pictorial, these forms, quickly modeled using a geometric matrix, have slowly degenerated in an organic visuality; they evoke a torso or a defensive shell, more than a minimalist work in the strict sense. He describes them as coats-of-arm, but opposing the logic of the sign, which characterizes them, they are abstractions. And their autumnal coloring (eggplant, peacock blue, violet) is the antipode of the glistening colors of medieval heraldry. As for the idea of installing together these bas-reliefs with an ephemeral cloth piece, it also reveals this same system of antitheses (in Golden Age, his previous exhibition at the gallery Florence Loewy, the ceramics were displayed on cardboard boxes and the corners of the walls were melted, deformed, already inscribed this principle).

The decorative arts today enjoy a real increase in esteem for which we must congratulate ourselves since it permits an extension of the technical and visual vocabulary of a contemporary art stuck for ten years in vain games of cultural reference and gestures of reappropriation turning in circles. But it has also generated the pose of artist-artisans, which seems to have appeared directly from the imagination of a tired editor-in-chief without ideas two hours before going to press, and for what concerns us here, an “academicism of trash ceramics”[2]. Florian Bézu is well aware of these phenomena, for which he is not responsible. Any technique can run dry. Any coherent poetics undergoes the risk of being reduced to two or three dashes of a style, of becoming pastiche, then becoming parody. In his case, we must then return to the watchword of Groys: the concerns of this system are in its poetics. “It seems to me that a form or what it represents in relation with its opposite may intensify a feeling, an impression and to reach a kind of perfection,” the artist explains, all the while referring to the poetic genre of blason and citing Théophile Gauthier (among the first titles imagined for this exhibition, some were directly appropriated from the collection Enamels and Cameos).

Thus, the works of Florian Bézu, inscribe themselves in a lyrical tradition. It takes forms that are at times subjective (some pieces reveal a very personal expression, evoking by the image, the object, or the cultural reference a relation to his childhood or adolescence), at other times more clearly formalist, inspired by minimalism or even at times Supports/Surfaces. In this poetic system, each pleasure is spoiled, each memory distorted and each form deformed. And each viewer is then free to see in these abstractions torsos, shields, tortoise shells, coats-of-arm, or allegories of melancholy.