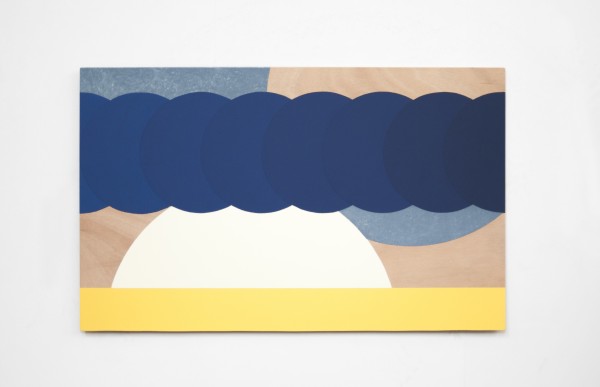 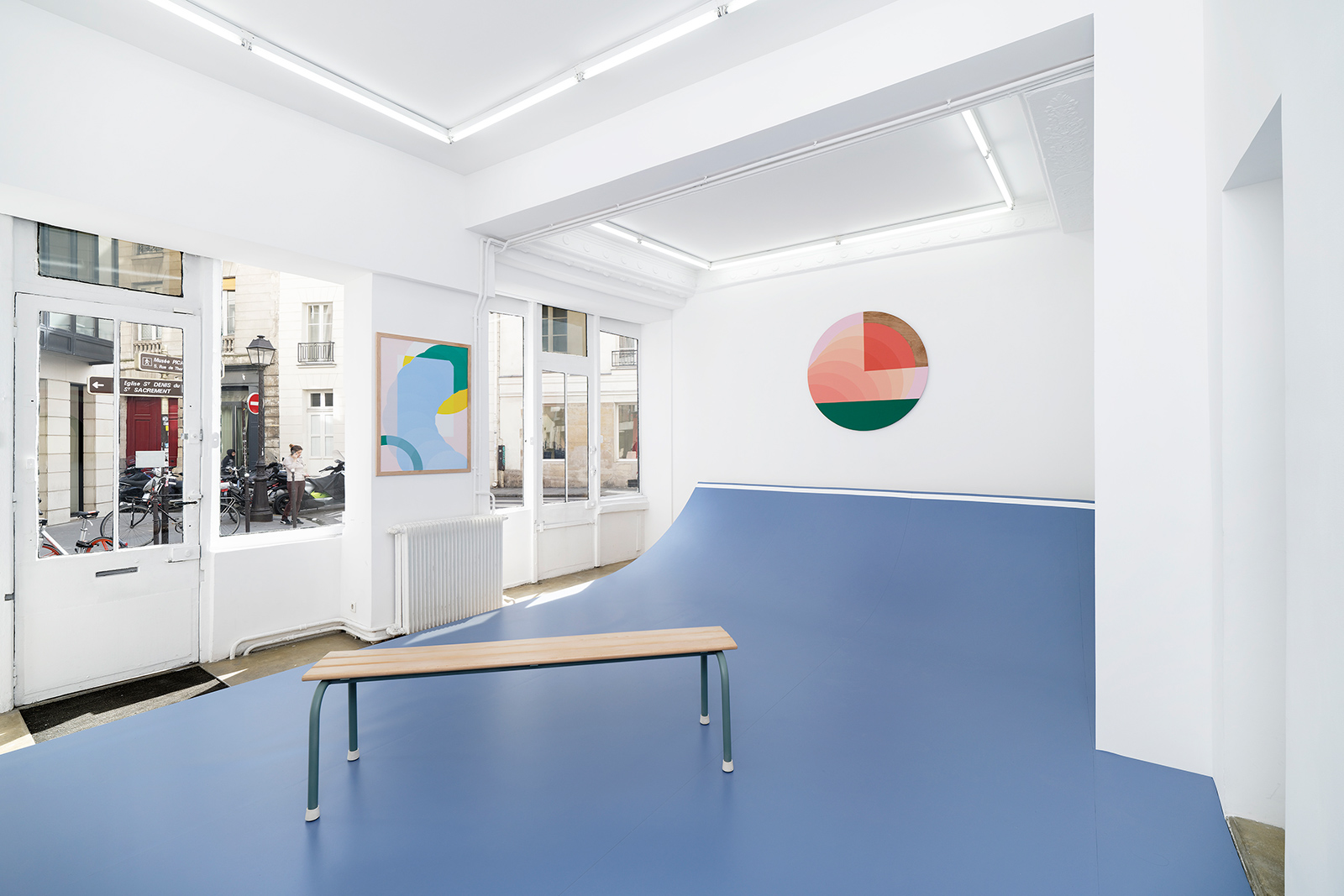 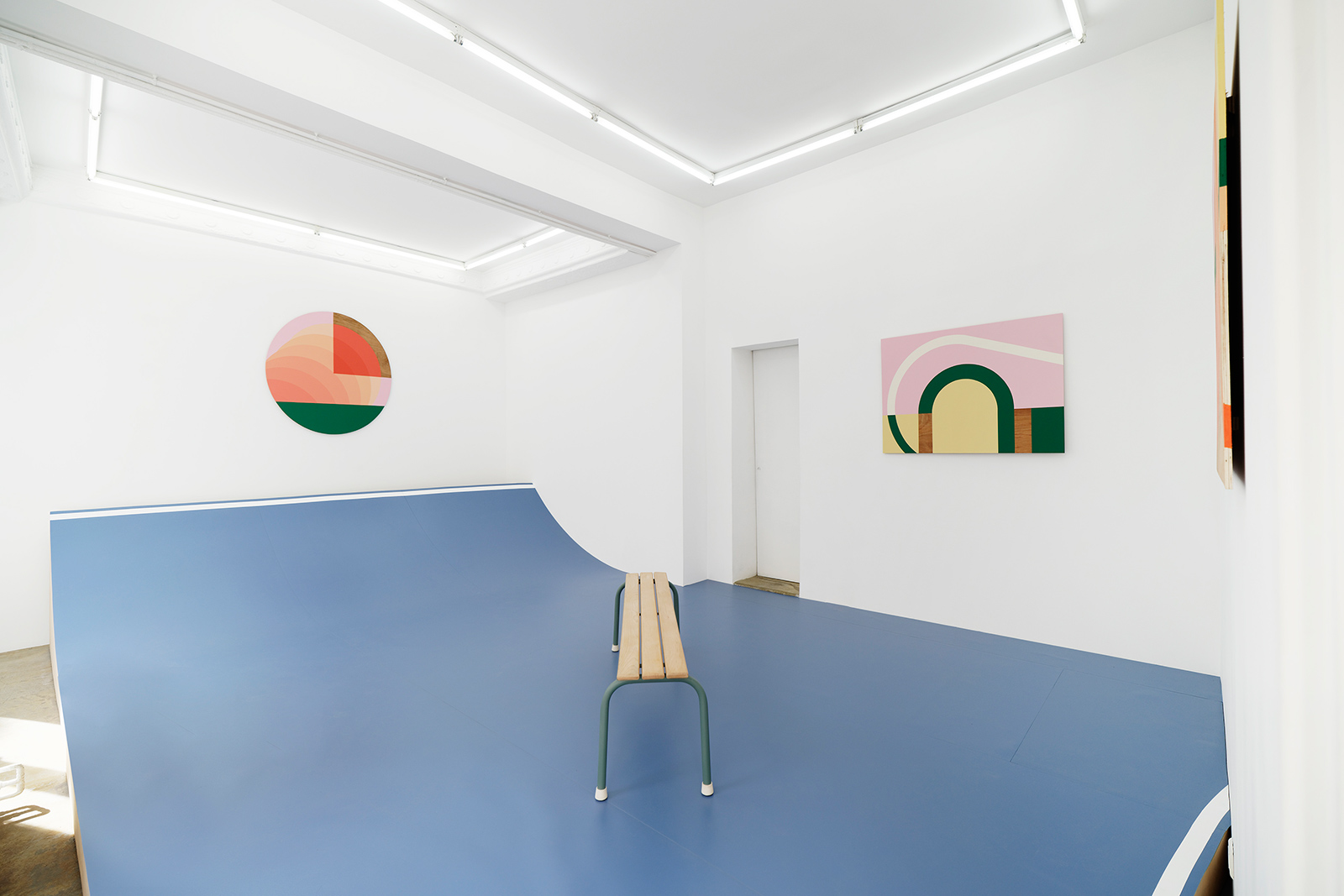 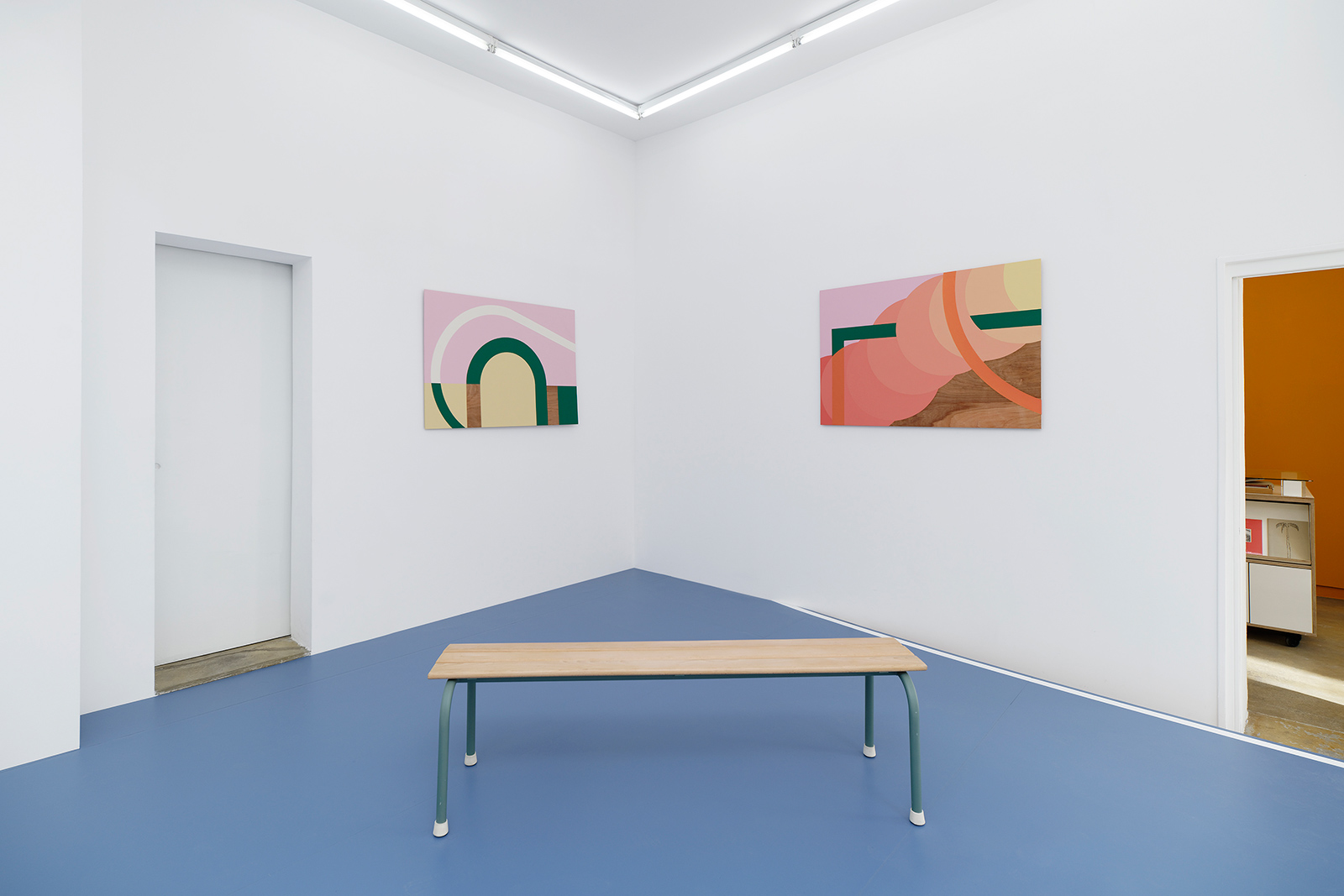 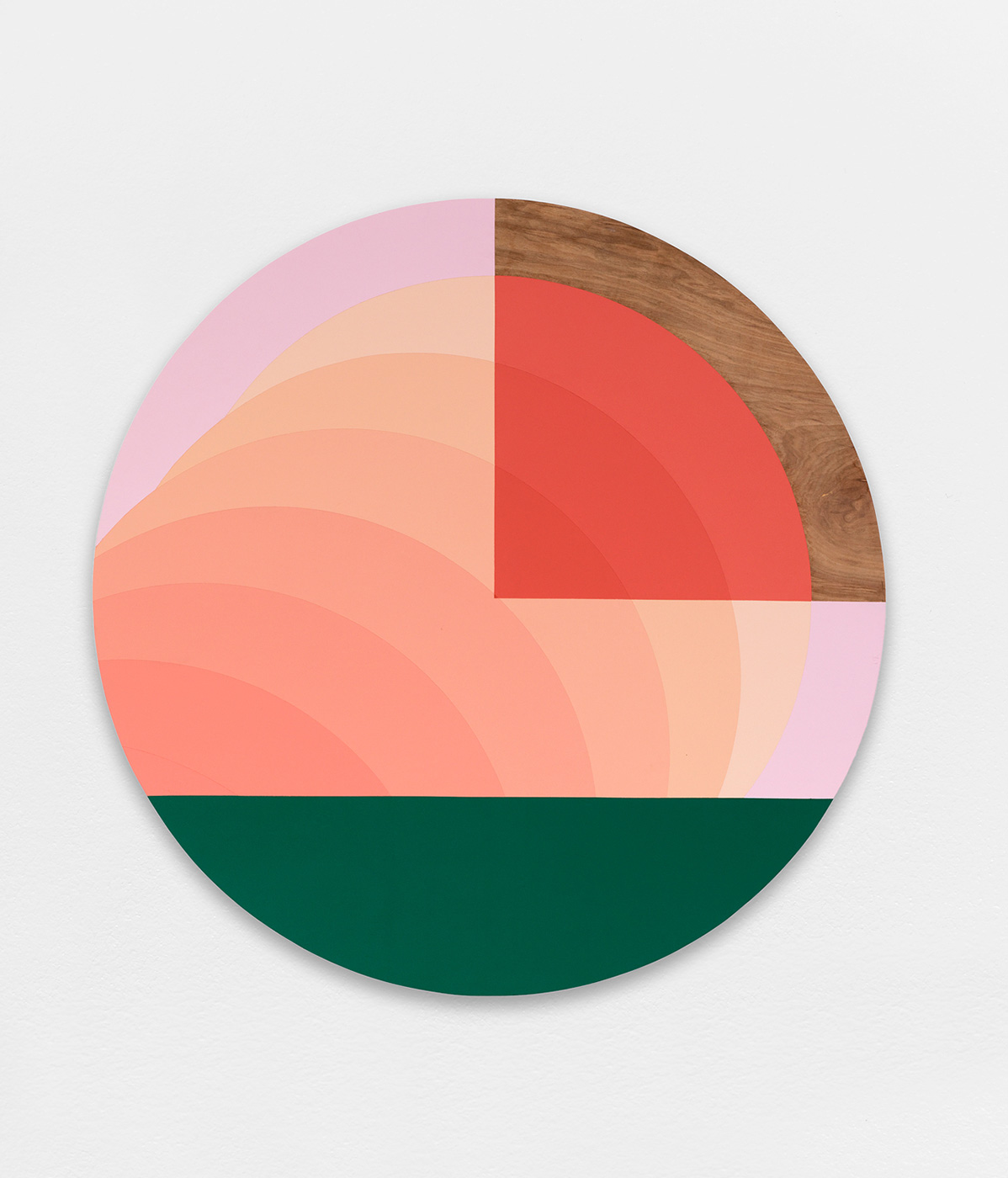 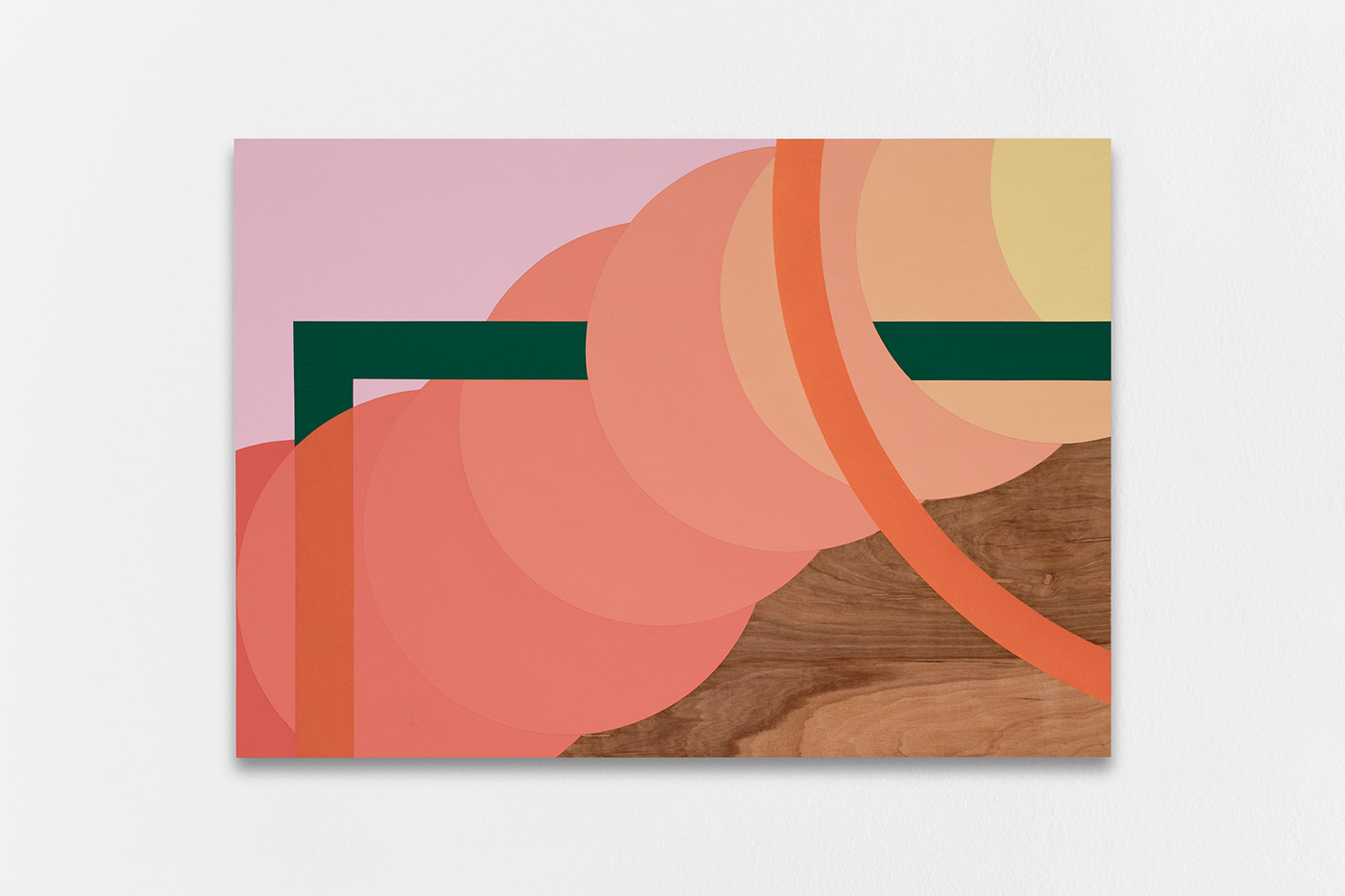 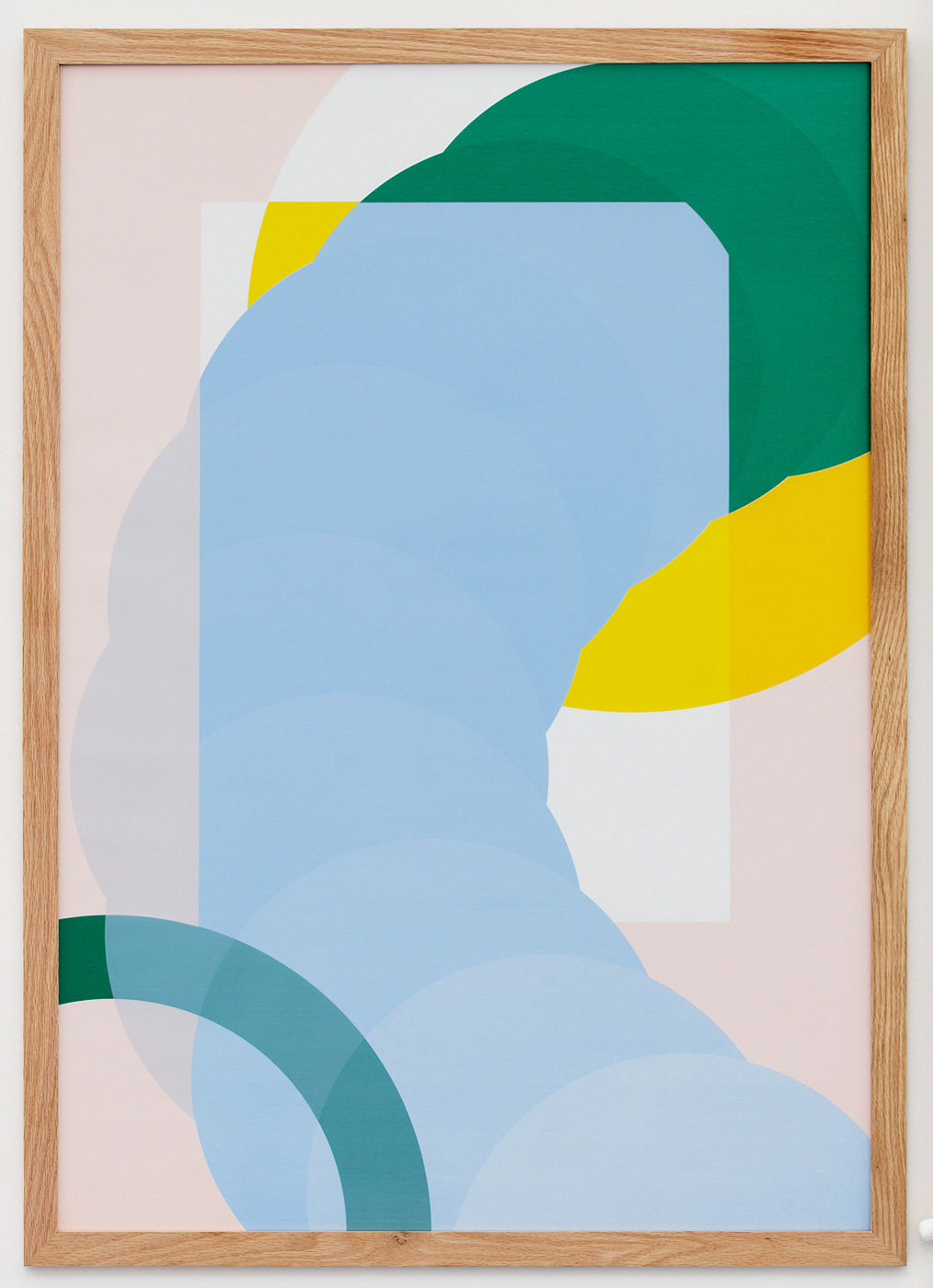 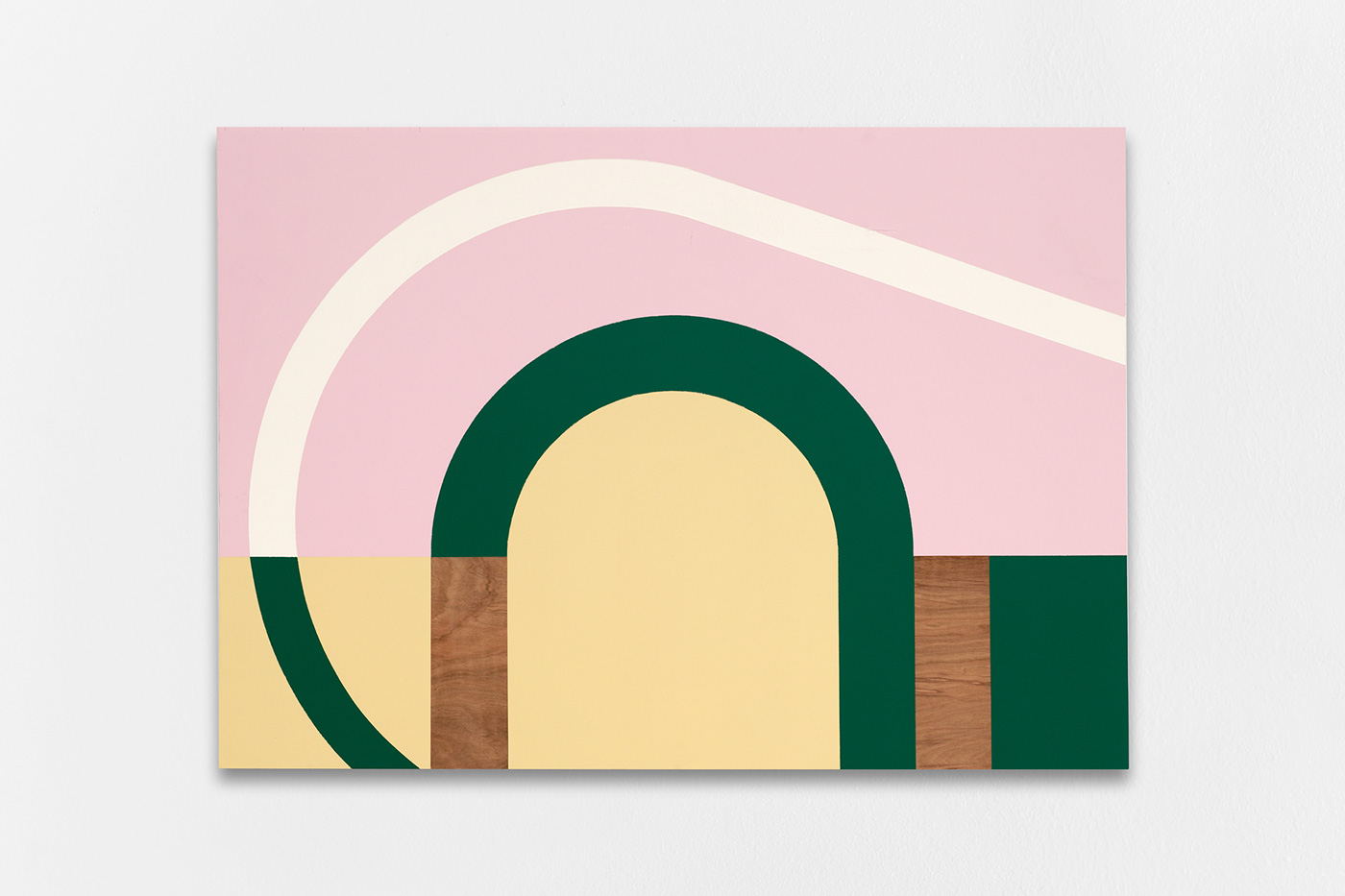 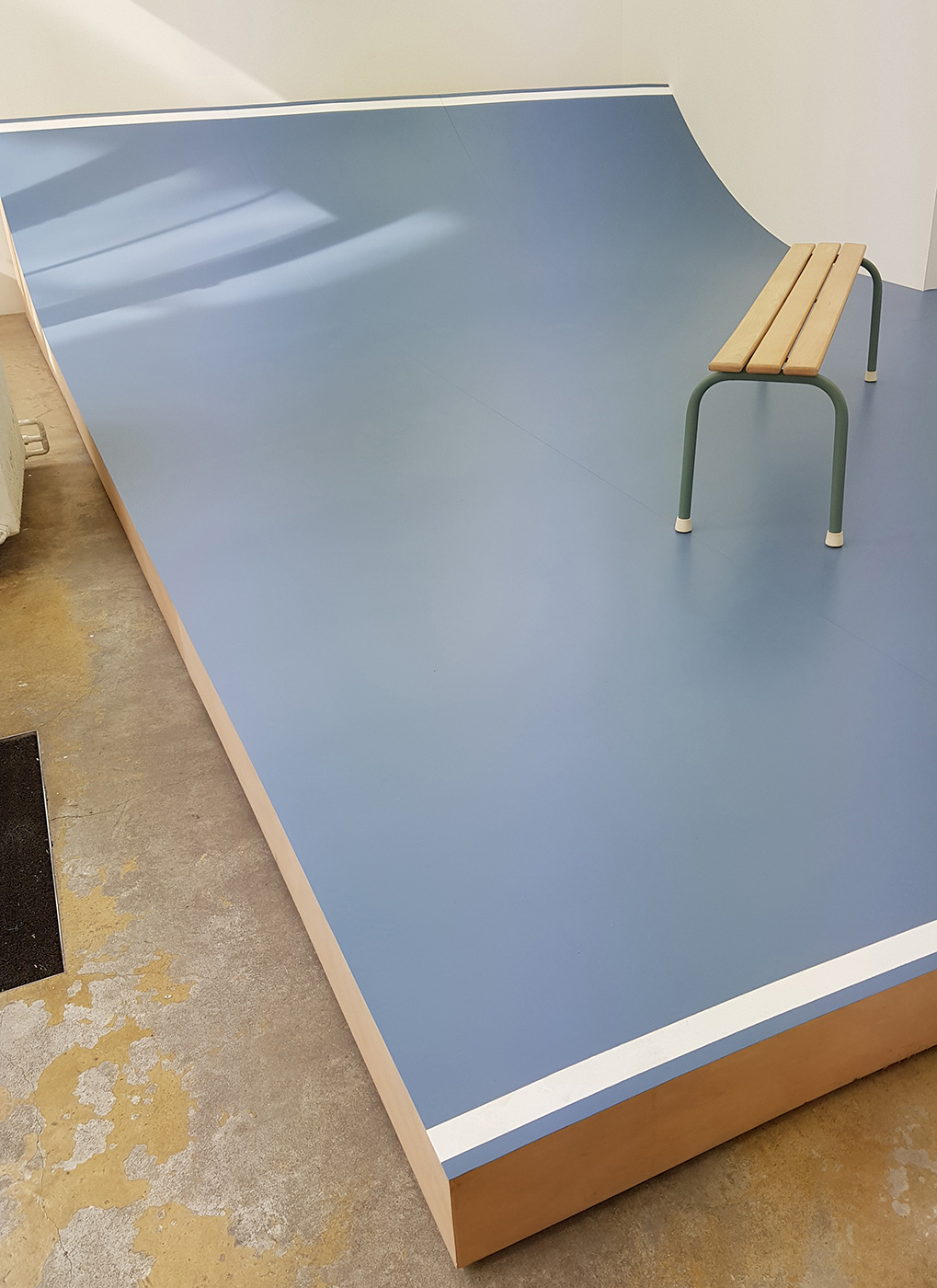 Valentin Guillon only retains from speed, which is the end game of the roller-skating race, in his first solo exhibition, the elements that make it possible, that represent it, that accompany it. And that give rise to a host of works: sculpture, paintings, silk screens and ready-mades. They to be the effects of translating elements, ideas or objects specific to this sport. By the artist’s admission, the experience of the race and the mentalizing process that this sport requires inform his artistic practice. But, to adopt a modeling logic, doesn’t one risk missing the real strength of the artist’s work? The sculpture À vos marques [On Your Mark] consists of a reproduction on a 1:1 scale of a portion of a speed-skating track, an inclined track curved in the center of the turn on which the artist practiced this sport. The spectator, upon entering the gallery, finds himself faced with the skaters. An extract of the complete track with a circumference of 200 meters, the sculpture becomes a platform, on which the public is invited to walk, and that the gallery’s team must cross to arrive at its office. A new functionality, a new use turns the forms of the track into a practicable work. Three geometric paintings on wood make reference, through their titles, to moments experienced by the skaters on the track: Le peloton, L’échappée [The Breakaway], Le sprint. These moments of a speed race give rise to static forms. Of course, the flat areas of color evoke the forms marked on the track, the colors of the team’s equipment, but they also make reference to moment of tension in a speed race, to complex and sensitive experiences in which physical strength, a sense of tactics, muscular capacities and technical skills intervene. The forms are the sign of forces, their repetition refers to the skater’s practice sessions when he is preparing for the race. A bench alongside the track is presented in the white cube. It is the only element of this sport that refers a priori to a static state, and retains its function. But it invokes to a lesser degree rest than the waiting situation in which the person who sits on it finds himself – and who is only focused on the race to come. A bench that works at the rejection of its own function – suffice it to say already a work. We might be tempted to think that the artist establishes correspondences, relationships, transfers between a sports activity, which has it own register of forms, its own language, its own codes, and that he replays, re-attempts, redeploys them in the exhibition space. We could see in this a new strategy that considers the artist an athlete, as if he already thought “like” producer, anthropologist, ethnographer, sampler1 … But this would be a mistake as to the very meaning of Valentin Guillon’s artistic production: its model is not a specific sport – a model supposes taking some distance. A distance that the artist rejects, since despite the change in speed, size, function, the experience that he provokes is common to the two fields, in that he does not transfer one to the other: both physical exercise and mentalization exercise. It is therefore as much to reevaluate the artistic experience as to reevaluate the comprehension that we can have of physical activities that Valentin Guillon invites us to do: both are experiences and they reciprocally inform each other. Or rather: we find each of them in the other. The practice of a sport is already art and art is once again a corporeal practice. Therefore, in one case as in the other, a single instruction: Mets la gomme ! [Step on It!]

2 . 1 We will recognize, in order, the hypotheses of Walter Benjamin, Joseph Kosuth, Hal Foster, Yann Beauvais and Jean-Michel Bouhours.

2 This is the title of the final work presented in the exhibition, a silk screen.
Vincent Romagny